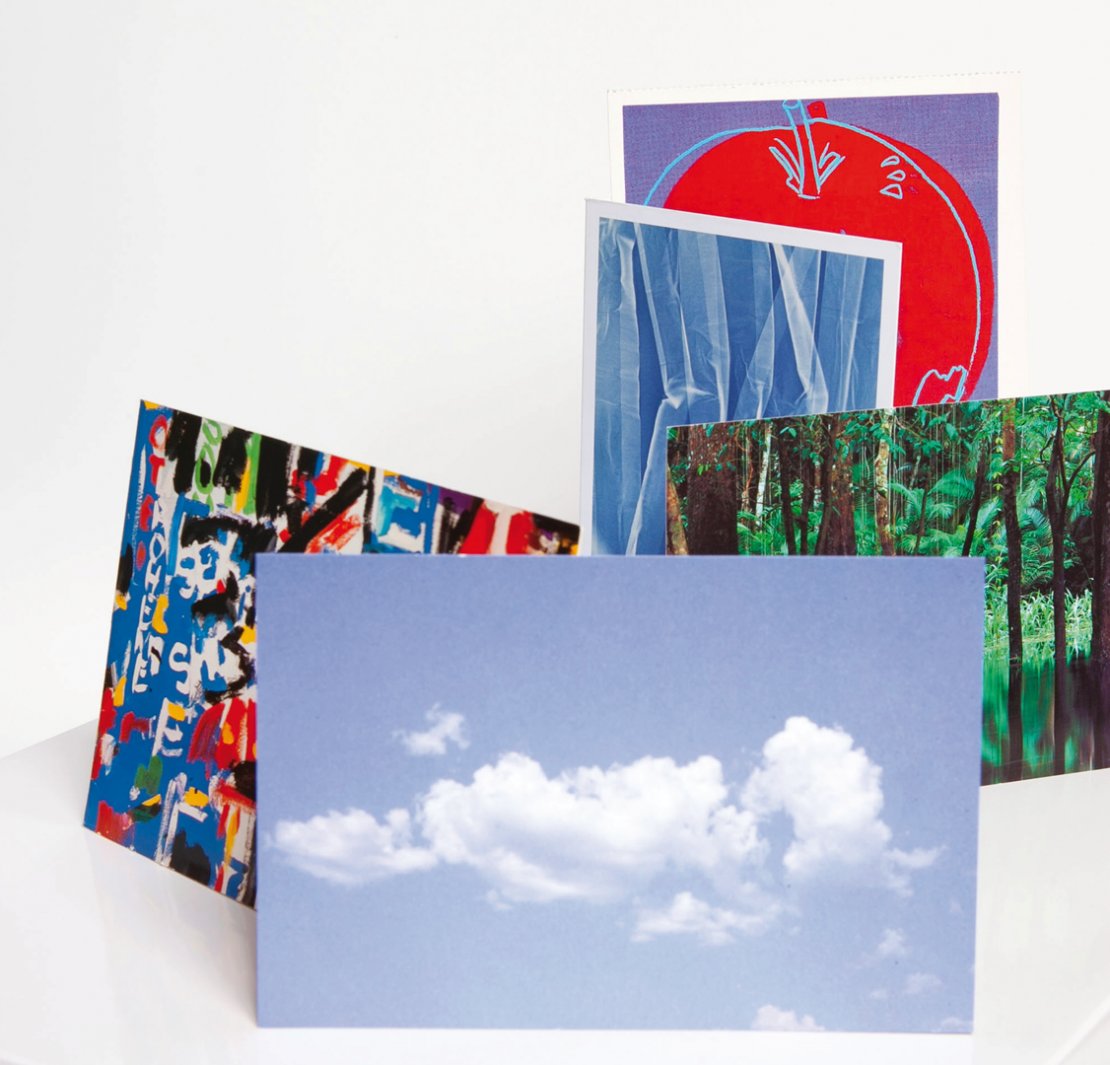 Almost unnoticed, it has become topical again. The good old postcard makes the
Message
in the non-electronic mailbox to something special again.

“… arrived here today, pursued by an immense mob … we are now sitting on the ship, our place of refuge” wrote Albert Einstein to Esther Michanowska in Berlin on the day of his arrival in New York, December 12, 1930.

A large number of journalists and New York citizens wanted to see him, during his stopover with the Belgenland, which he had boarded in Antwerp to travel to California. The original postcard, with a motif of the New York skyline and Albert Einstein’s original handwriting was auctioned at Sotheby’s in 2019 for GBP 4,375.

Of the (perceived) 1000 photos of friends and colleagues sent via Whats App from vacation or other travels, no message has remained as memorable as the postcard from a friend in Bayreuth.

Having traveled to the small town in Upper Franconia for the Bayreuth Festival, she had found the time to write me a classic postcard.

She could have made it easier for herself and used one of the postcard apps that process your own pictures into postcards or, like the app MyPostcard, offer over 50,000 motifs to choose from, add the text of your choice, have it stamped and sent by mail to the desired addressee.

But the appeal of the postcard from Bayreuth was that someone had taken the trouble to write the postcard themselves and send it the traditional way.

Everyone has probably bought postcards only to take them home in their suitcase because the store didn’t sell stamps, there just wasn’t time to write, the search for the post office was too tedious, or the post office was closed. Therefore, everyone appreciates when a friend takes the time to send a postcard greeting.

Classically or commissioned via an app, in 2018 Deutsche Post carried 155 million postcards, from abroad, to abroad or within Germany. In 2020, the postcard celebrated its 150th anniversary. Birthday. There had been a long discussion in the run-up to the official launch about whether the postcard was not a breach of confidentiality.

Postcards skillfully combine aesthetics with practicality. Most museum stores have a selection of perfect postcards that weigh far less than an exhibition catalog. Printed on good paper, they are nevertheless so stable that they can be used to quickly create a stylish ensemble on the window sill, on the desk or on the bedside table and also to dissolve it again.

The attraction lies in arranging and exchanging the different postcards over and over again. This makes it easy to enrich everyday life with new visual stimuli. Pinned to a cork wall, they are constantly present, but for this very reason are often no longer seen after a short time.

An unusual frame makes postcards stand out. Many postcard motifs deserve the appreciation of a frame, or at least a considered ensemble on the wall.

Many companies or cultural institutions, such as Schauspiel Frankfurt, use the postcard medium very smartly. Everyone likes to take a well-designed postcard in passing, as a souvenir or to give as a gift.

From some hotels in which one has stayed, one receives postcards with the note “We miss you” and a characteristic view from the hotel window, which one still has in best memory and already one is about to consider whether one would like to travel there again.

Famous works of art can be obtained in museum stores at a fraction of the cost one would have to pay for original works. A number of artists such as Gilbert & George, David Shrigley, Rachel Whiteread, and Paul Lennon and Yoko Ono like to use postcards as a stand-alone medium for their art.

Andy Warhol loved the opportunity to sell postcards of his work with original signatures at premium prices. Reason enough for the British Museum to dedicate a separate exhibition to postcards in 2019 under the title “The World Exists To Be Put On A Postcard”.

When was the last time you wrote or received a postcard?