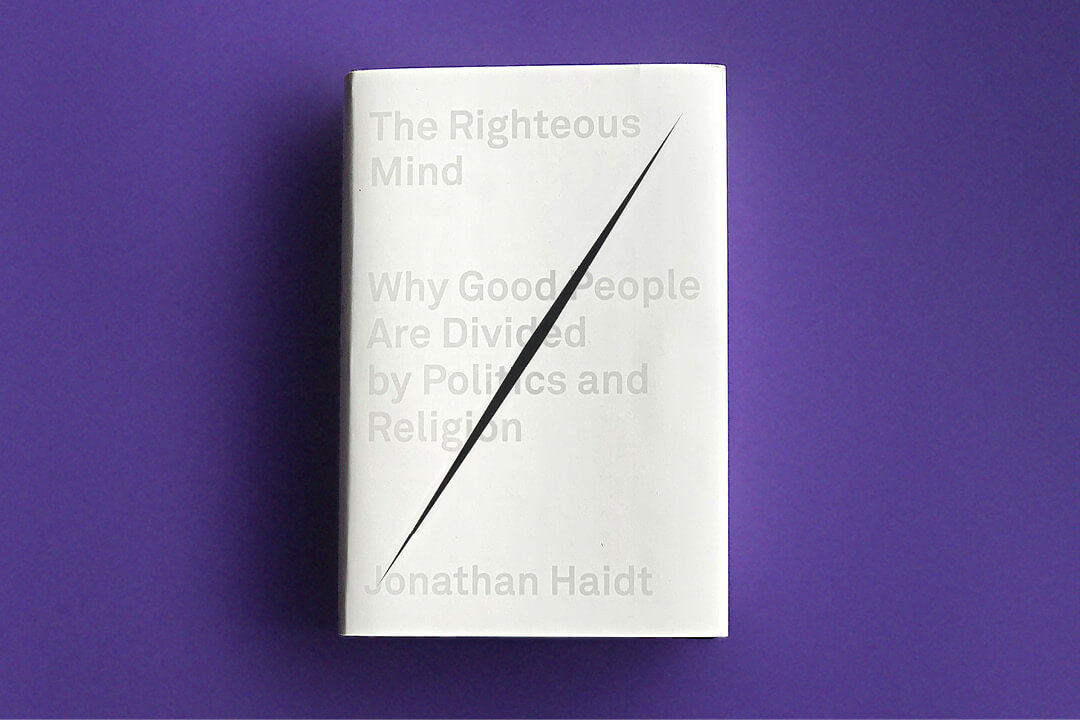 Jonathan Haidt on the causes of the cracks through our society

When we saw that Trump supporters and Trump opponents in the U.S. could no longer talk to each other, speechlessness still seemed distant. But what happens on the other side of the Atlantic often gives a foretaste of developments in Europe

Rule for family celebrations: No politics

In order to save Thanksgiving and to be able to gather supporters of the Republican and Democratic parties at the same table, for the sake of peace, the slogan was (and is) issued that everything but politics can be talked about at the table.

A precursor to breaking off relations?

This is exactly what happened in many friendships, acquaintances, and families when the issue of COVID and attitudes toward vaccination became acute. Many saw no desire or reason to even discuss a topic that carries a deadly risk for some at-risk groups, but completely cut off contact and thus conversation with those who thought differently than they did about it or declared COVID non-existent.

Jonathan Haidt, a professor of social psychology at the NY Stern School of Business, has been studying this very issue for years: what causes us to stop talking to each other?

Jonathan Haidt’s recent essay, “Why the past 10 years for American Life have been uniquely stupid,” which appeared in The Atlantic magazine this April, focuses on the social media that he sees as forcing our speechlessness. 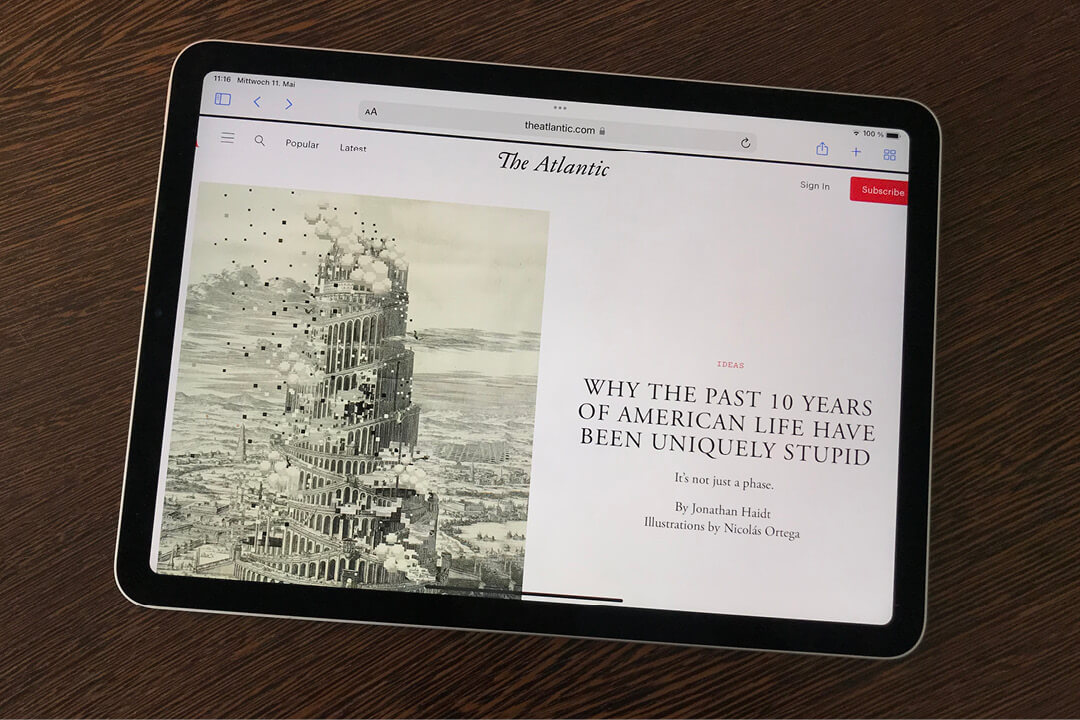 The essay is on the list of recommended reading published by former Democratic U.S. President Barack Obama. According to the Financial Times, the essay is also recommended as worth reading by the second richest man in the world, Jeff Bezos.

“The Righteous Mind: Why Good People Are Divided by Politics and Religion.” Jonathan Haidt

Jonathan Haidt’s book seemed relevant to us at a time when, also in light of the war against Ukraine and the reaction to it, a rift is running through society.

After page 188, we already wanted to put the book aside in disappointment: Too anecdotal, too self-absorbed in one’s own academic curriculum vitae, and tedious, the enumeration of questionnaires used to advance research on morality, the author’s specialty.

Actually determined to return the book to the recycling circuit, we dutifully continued reading after all, and then from page 189 onward devoured every other page with excitement.

Because from this chapter on, Jonathan Haidt gets to his core theme:

Be it religions, political opinions, associations or clubs?

He describes the formative rituals in religions in the soccer stadium or in companies that give the individual the feeling of being part of a community.

The trigger, consciously or unconsciously, is the desire for positive selection in the Darwinian sense: to achieve something in a group that one cannot do alone.

How is it, however, that time and again we also rise above ourselves and are prepared to put the egoism inherent in human nature, and thus the preference for what benefits ourselves, to the back of the queue for the sake of an overarching, idealistic goal?

Haidt calls this potential, which lies dormant in the human being and for a time makes concentration on the self lose its significance: Superhuman.

It is, we guessed it: the danger of an external threat.

Jonathan Haidt’s book was published in 2012. If one reads his theses, which are supported by numerous findings from biology and anthropology (each reference exciting enough to follow up, which the book’s extensive list of sources invites one to do) then the analysis of Vladimir Putin’s speeches is clear:

A narrative of threat, even as contrived and historically false as the claim that Russia is liberating Ukrainians from Nazism, has an impact.

What works even stronger

The threat applies to a much greater extent to the person being attacked. Spending days and nights in subway stations or in a steel mill is gruesome and also becomes a group-defining experience for all who witness it.

The army is one of the communities that binds together most closely, especially when the goal of the fight is values that soldiers consider just and worth defending.

The courage and bravery of the Ukrainian soldiers stand for this and the solidarity of those who have not yet forgotten the Second World War.

So it’s not surprising that this topic also divides opinions and cracks go through friendships and families.

Jonathan Haidt puts it this way: “The human mind is a story processor, not a logic processor”. Each of us is shaped by experiences and stories, as well as the experiences of those we meet and whose community we seek based on our experiences.

The deciding factors for who has the hearts and the will to fight on his side are charisma and ever stronger technology. In war just as in business.

According to research by Jonathan Haidt, companies that succeed in uniting employees behind a common idea that has more than sales and EBIT at its core tend to be more successful.

And similar to the military, joint activities in companies aim to strengthen the bond between individuals in the group.

NATO is practicing building a bridge with servicemen and women from different nations in the shortest possible time.

In an era of increased home office work, the former open-plan office is transformed into a lounge, with the goal of creating community through face-to-face encounters.

If the company has a personality at the top with whom the employees identify, all the better. Authenticity, conviction and leadership are becoming increasingly important. Authoritarian power alone is no longer enough. 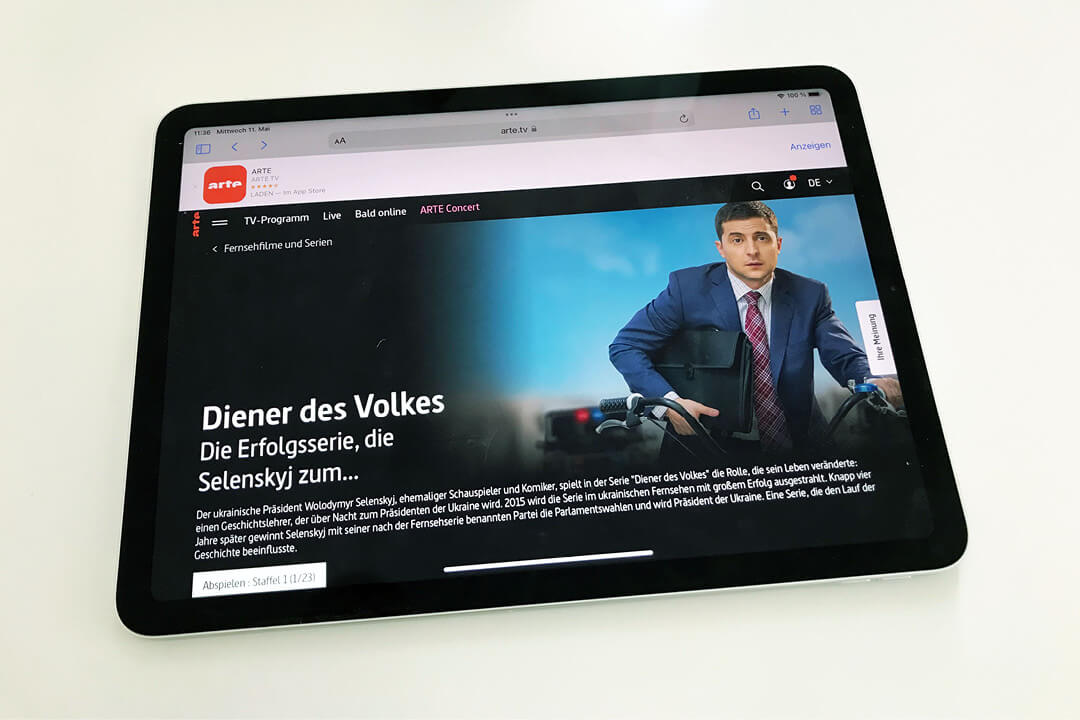 The servant of the people

Enlightening and worth watching in many ways is the Ukrainian television series that made the current President of Ukraine, Volodymyr Selenskyj famous: The Servant of the People.

All 23 episodes of the series can be found in the ARTE Mediathek.

The series ‘The Servant of the People’ is not comparable to a polished series product from Netflix or Disney. It has humor, irony and knowledge of human nature and makes you better understand the current situation in Ukraine.

Many a joke in it seems old-fashioned and prophetic at the same time, so that laughter gets stuck in your throat.

Technology and social media are playing an increasingly crucial role. Not a morning goes by that we don’t follow the Ukrainian president ‘s speech from the previous night via Instagram.

Technology is what allows him to have daily contact with world leaders and supranational institutions and helps Ukraine fend off many cyberattacks.

According to Jonathan Haidt, platforms such as social media – and here we come full circle – are also responsible for the fact that we are losing our ability to engage in dialog with dissenters bit by bit.

Algorithms decide which opinions we see amplified and thus feel confirmed in our own worldview.

The sometimes disrespectful, aggressive language used on social media is now silencing many people who used to share their point of view there. The avalanche of chatbots is simply too great and their tone unbearable.

This leads to ever greater fragmentation. At the same time, personal exchange, which can play a decisive role in changing or at least modifying opinions, is becoming increasingly rare.

Silent in front of the screen

The Internet as a theater of war is a reality. Autocrats and dictators rely on it because no other method is cheaper and more effective.

China’s social credit system, in which each citizen has a score that can be replenished by “positive” actions in the interests of the central party and reduced by “negative” actions, is an example that surpasses Orwellian visions.

A comment critical of the state on social media can be enough to make future foreign travel impossible.

If you don’t have the time for Jonathan Haidt’s book with its fundamental and, from page 189 on, exciting execution, you might like to read his article on the subject of social media and why we are finding less and less of a common language, which can be found on his personal homepage.

We are free to read what interests us and comment on it. Ukraine is fighting to be able to continue to do so in the future. It is only a few hundred kilometers away from us. Let’s act instead of just watching, it’s also about our future freedom.

“Those who give up essential freedom for temporary security deserve neither security nor freedom”.