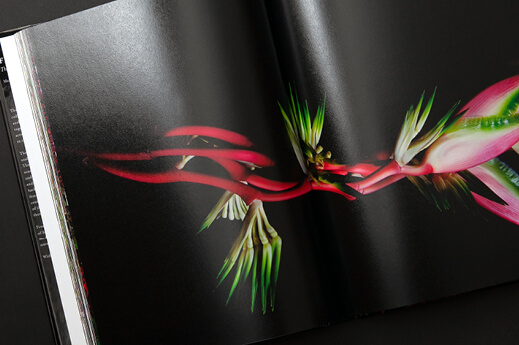 Art that touches the heart, even if it withers

The talent of the Japanese Makoto Azuma toarrange flowers as works of art we have admired for many years. The Nude grommet Documentary “Flower Punk”, which shows him at work in Tokyo, comes just at the right time.

About 30 well-invested minutes on YouTube about Japan, Career-Change and a flower artist who sends flowers into space

Alison Klayman made a short film about Japanese flower artist Makoto Azuma “Flower Punk”. Meanwhile, she is back at work on an extensive documentary about the former chief strategist in the White House, Steve Bannon. In an interview with The New Yorker magazine, which funded this documentary, she says “Working on this film has given me a chance to emerge from research work on dark worlds and constantly gloomy news and breathe a sigh of relief at the sight of beauty.”

GloriousMe has admired the floral works of Makoto Azuma for many years. The documentary, which is available for free on YouTube, offers an immersion into the work of perfectionist Makoto Azuma, who arranges flowers into ethereal works of art and makes them then also packs them in ice, sends them into space or into the deep sea to record their development there by video and photography.

Exactly the right thing in a time, which is also called “Plantdemic”, so steeply the sales for plants and everything which belongs to it, went up.

Since not everyone has time or desire to work in the garden or on the balcony, this film is suitable for those who are interested in aesthetics and Japan and want to take a look at flower arrangements   , which is rarely or never seen in this aesthetic.

The title of the film is derived from Makoto Azuma’s start in Tokyo as a member of a dot band . From the Japanese province he had gone to Tokyo to make it as a punk. Success did not materialize and when, in financial straits, he saw a notice in the flower store across the street from his apartment that they were looking for a temp, he applied and spent the next few months cleaning flower pots.

This developed into a worldwide career as a floral artist, who now also arranges flowers for fashion houses such as Fendi, Hermès and Dries van Noten. One look at his floral compositions and it’s immediately clear why fashion designers, top hotels and restaurants love his art. The combination of colors and textures of flowers, grasses and twigs hit straight to the heart with their unusual aesthetics .

For Makoto Azuma, the arrangement of flowers is also a parable for transience: The perpetual attempt to capture the perfect moment in a photo or video, and at the same time to document the very unique aesthetics of wilting flowers.

One of the most impressive scenes in the film is footage of a huge flower arrangement: Flower Box. The video shows this flower arrangement in the form of a huge box at the time of the most beautiful bloom and in the subsequent time-lapse in the moments of wilting.  Since most art galleries are not suitable for floral art, especially when the process of withering is part of the artwork, Makoto Azuma opened his own gallery in Tokyo. The film Flower Punk also contains interesting footage from this gallery era.

Also many still lifes of the great Dutch masters show flowers that are just about to wither. For the time when travel becomes possible again, we would like to recommend to you one of our favorite museums, the Mauritshuis in The Hague. This small but fine museum focuses exclusively on the Dutch masters and is alone worth a trip to the also otherwise very attractive city of The Hague .

The artist Mia Florentine Weiss calls art humanrelevant. Beauty, which can be found in art but also in many other things, we also see as an important source to survive the times of the pandemic not only physically but also mentally well.

Shruti Advani, a London-based journalist (and one of the most endearing people we know) wrote in an article in the Financial Times that one of her activities on the occasion of the announcement of the first lockdown in the UK was to double her orders with an online flower delivery service. In quarantine, it was important to her to treat the people in her household to the sight of beautiful flowers. (The awkward lessons of my luxury lockdown in Kensington, Financial Times, paid article)

She had to face extreme, partly also very racist hostility due to her Indian origin up to death threats because of the article . We can well understand Shruti Advani’s wish and it makes us very concerned that in this crisis of the pandemic not only the best sides of humanity become visible.

You also have to be able to indulge, they say in Cologne. Treat yourself to Flower Punk

Makoto Azuma sees the beauty of flowers as our connection to nature and its (hopefully) infinite cycle. One of the most impressive scenes in the film shows Makoto Azuma arranging flowers in a destroyed, abandoned elementary school in Fukushima.

If you type the name Makoto Azuma and the term Flower Punk into YouTube, you can watch the documentary by Alison Klayman. Allow yourself about thirty minutes of immersion in the world of Makoto Azuma. Watching him and his team at work, allows an interesting insight into the way of creating the flower arrangements of a perfectionist who only after months allowed his assistant to take over changing the water in the flower tubs. Of course this film is a cinematic treat for all lovers of Japan.

Flower Punk is also a film about a friendship and gives courage to dare an unusual career change . The photographer who so masterfully photographs Makoto Azuma’s flower artworks, Shiinoki Shunsuke, is a friend from childhood days. The film also shows at one point the variety of flowers found at the wholesale market in Tokyo, the second largest flower market in the world. A dream for any lover of unusual flowers.

The selection in the local flower shop is inevitably smaller and oriented towards what can be sold nationally. So far, in the offer of most flower stores, the least comes from regional cultivation, although it would make a lot of sense to use regional flowers as much as possible. Small developments there already exist.

According to Flower Punk you will probably refrain from tying a bouquet bouquet on your next visit to the flower store and arrange the flowers yourself in the vase or any other vessel. Be inspired.

Inspiration that also looks good as a thoughtful gesture in your guest room. There are now two well-produced coffee table books by Makoto Azuma: Flora Magnifica: The Art of Flowers, from which our photo is taken, and Flower Art, which features photographs of his ethereal floral artwork in space. One of these books arranged on the nightstand is certainly a proven “bedtime snack” for beautiful dreams.