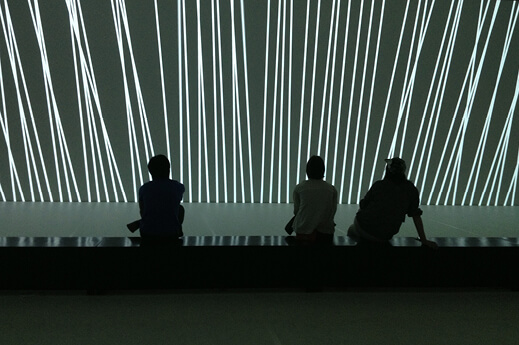 We could definitely use more of that

We see them and feel them immediately: posture or the opposite

When looking from the homeoffice to the street, the same people can be seen again and again at certain times during the course of an office day, passing by, rushing by or strolling along.

Before one sees the respective person in detail, one has already recognized him from afar by his posture and gait.

With people who are familiar to us, nuances in their posture let us quickly recognize how he or she is doing at the moment. Even if we strive for external posture, we recognize in the mirror or in pictures that the state of mind cannot always be overplayed.

The German language makes no difference with the word Haltung: the posture of the body and the posture that expresses a conviction are named with the same word.

Leadership without attitude is impossible

Bei einer Führungskraft merken wir schnell, ob hinter der Fassade eine innere Überzeugung und Werte stehen. We feel whether we would go on a challenging hike with a boss in our private lives, where each would have to rely on the other to survive in a critical situation on the mountain.

If we trust this person, we do not necessarily have to agree in detail with the company’s chosen path, but we do give it our best.

However, when we sense that behind the perfect management techniques and politically correct buzzwords there is no conviction for the good of the company, we are on our guard.

The moment we have moved on to the next company, these superiors fall into oblivion or meet us again in nightmares at most.

To this day, I have the greatest respect for a former boss who showed attitude and represented on the Board of Managing Directors his conviction about the Bank’s future strategy. Not only did it cost him his job, but the chairman of the board felt that he had to be accompanied by security personnel to the exit of the major bank to set an example.

It was worthwhile for him to have had a Plan B and to this day he is assured of the loyalty of his former employees.

The autocratic CEO, on the other hand, lost the rest of the team’s confidence and nobody cried a tear when he later retired for reasons of age and was not appointed to the bank’s supervisory board.

Do good and show it instead of talking about it

Colin Kaepernick, the talented quarterback of the San Francisco 49ers, decided to kneel down while the national anthem was played in the stadium to protest what he saw as the unbearable brutality of some police officers in pursuing and arresting blacks.

His teammate in the American National Football League, Eric Reid, who joined Colin Kaepernick’s protest, wrote in a commentary in The New York Times that Colin Kaepernick first sat on the team’s substitutes’ bench during the national anthem in protest. Nobody seemed to notice that, however.

After a long discussion, they both decided to kneel, which they saw as a sign of protest, but also as a sign of great respect.

The then President of the United States of America, Donald Trump, saw it differently. Colin Kaepernick, one of the most talented and successful players of the N.F.L. until his kneeling down, lost his player position in 2016 and did not receive a new contract from any other club of the N.F.L.

„A time comes when silence is betrayal“

About two years after his kneeling in the stadium and his dismissal, Colin Kaepernick became a testimonial in the Nike campaign “Believe in Something. Even if it means sacrificing everything. Just do it”.

Nike’s campaign was a courageous statement in the political climate of Washington at the time, one that was important to many, and was also severely criticized because of its stance.

As a company, it is increasingly demanded to show attitude. Here too, the COVID-19 pandemic has acted as a catalyst. The various interest groups such as employees, shareholders and the public increasingly expect companies to take a stand on important social and societal issues.

However, a statement or a promotionally effective campaign is the last step here. It is important that the values of a company are anchored in the corporate and brand strategy and in the processes that determine the day-to-day running of the company and are decisive for hiring and developing personnel, i.e. that decide on career and salary.

Everything else is easy to see through

And looks as in many current Christmas commercials, which come along endeavored politically correctly, put on and without real substance.

Attitude has something to do with seriousness. With the desire to do the right thing, but also with passion and sensitivity. The famous Teflon posture, where everything seems to bounce off it, means groundlessness and thus leaves the room to others, who are simply noisier. The story shows how terrible this can end.

Psychologists assume that attitudes develop on the one hand from the personal relationship experience, in which personal role models are important.

On the other hand, according to these experts, there is also a certain habituation effect. The longer and more intensively people are confronted with a certain attitude, the more likely they are to adopt this attitude.

Showing backbone in a double sense

Halt is an important part of the word attitude. Attitude is always to be seen in relation to others and has an important interaction. The posture of a person can give support to other people and has an attracting effect.

Attitude is equally closely linked to personal esteem. Those who consider their own feelings important will not for a long time subordinate themselves to things or people who do not value them as a person.

The spine, like the word attitude, has a double meaning. It refers equally to the social backbone and the spine of the body, which is held upright by the spine.

The famous “mobile neck” about which so much can be read is the combination of a round back with the chin lowered over the cell phone. The bent back in combination with a rigid neck posture is the problem. It is often helpful to keep your back straight when looking at your cell phone, i.e. to take up a position and hold the cell phone higher up.

And if you have read this article at the end of a long day, just lie with your back on the floor, on a carpet or mat. Stretch both arms back over your shoulders and place your hands on the floor. The spine is pleasantly stretched.

You immediately feel that you have probably spent the whole day in the opposite position. A small exercise that can be done at any time, with great effect.

A VACATION TRIP TO MENORCA IN CORONA TIMES

TRAVEL FEVER FOR THE TIME AFTER COVID-19