Pomegranate – the Ferrari among fruits

WINE GIRL is not a sweet read about wine in restaurants, but an unsparing look behind the scenes of restaurants and wine cellars

From water from the jar of cucumbers to Romanée Conti

Victoria James describes her difficult youth in the book WINE GIRL. After the divorce of her parents, her father leads a strict, choleric regiment. For the four siblings growing up in provincial America, there is little recognition, but an endless litany of demands and harsh punishments that threaten to break their younger brother.

At school, she feels like an outsider, partly because she can’t keep up with her classmates due to limited financial resources (some days, water from a pickle jar and a pack of crackers have to suffice as food).

As a teenager, she starts working in the restaurant business while attending school, hoping to save money by working many night shifts, which will later allow her younger sister to escape the oppressive home by getting a good education.

There, after the father never drank alcohol before, the vodka has entered, is drunk by the father already from the morning and “diluted” only by a squeeze of lemon juice.

Victoria learns about the unglamorous side of the restaurant business as she works. The nightly draining of grease from the kitchen siphon, armies of cockroaches, completely overworked cooks and dishwashers, and guests traumatizing them.

But she also gets to know colleagues who see their work in service as a task of making guests happy and, in the short time they spend in the restaurant, convey to them with hospitality the good feeling that they are valued not only as paying customers but as people. 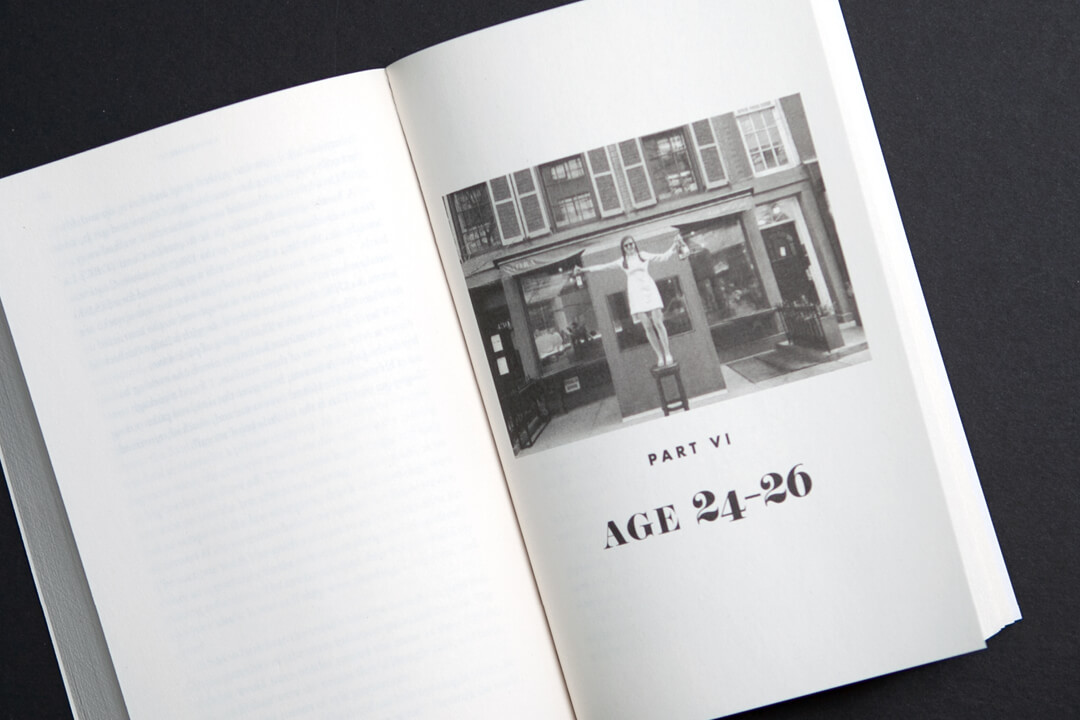 This will be her goal in life: she wants to become a sommelier and make guests happy and get recognition with the subject of wine.

The road there is hard and expensive. The wine education courses want to be paid for and often the staff meal at the restaurant is their only meal of the day.

She loves learning about all facets of wine, the different wine growing regions, their respective regulations, the differences in grape varieties, the finer points of cellar work, and working as a sommelier in the wine cellar and in the hospitality room.

In the U.S., as in many other countries, professional experience is a prerequisite for admission to many sommelier training courses.

She now works at the bar in a restaurant in New York and learns from the sommeliers there until she herself is allowed to assist when, due to a fully booked restaurant, “there is a need for help” and she is allowed to advise tables that are assessed by her experienced colleagues in such a way “that you won’t spend much money on wine there”.

Victoria, with iron discipline and dedication, eventually managed to get hired as a sommelier at a restaurant that was awarded two stars by the Michelin Guide. And these passages in her life’s journey, are among the strongest in her book.

Much like the now-deceased Anthony Bourdain, whose book Kitchen Confidential offered a glimpse into the hidden side of high-end cuisine, Victoria depicts the immense pressure placed on top restaurants to deliver returns for their investors.

Laughter at many humorous anecdotes in this part of the book gets stuck in the throat at times:

The intensive research work of the employee responsible for assigning tables, who does more research on each guest than the guest would ever do on the restaurant.

The exchange of restaurants about guests who left toilets deranged and then fail to get a reservation.

Some guests with an almost infinite wine budget believe they can get away with almost anything in relation to the staff, while eating a chocolate bar during working hours is not allowed for the staff.

A famous mother admonishes her son after the second glass of Chassagne-Montrachet that he has school tomorrow after all, but after a withering look from this son orders the second bottle, the contents of which he downs as if it were Diet Coke.

The efforts made to be placed first in the famous list “Wine by the Glass”, the contemptuous treatment of some guests with the staff, keyword “Wine-Cowboys” …

We don’t want to give it all away here, but we’ll think twice about actually ordering Sauvignon Blanc the next time we visit the restaurant.

It was uphill from there

The book contains touching, shocking and humorous passages. It certainly doesn’t belong to world literature, but it is exciting and easy-going. The title WINE GIRL quotes the disparaging address she receives from some guests who, as a young woman, concede her no knowledge of wine.

The happy ending comes very quickly, a little one has the impression that the desire to write (or the time for it) ran out at the end of the book.

Because very quickly, the young professional, worried about being able to pay her rent in New York City, becomes a partner and beverage manager at the Michelin-starred Korean steakhouse Cote. Their wedding takes place in a castello in Italy that once belonged to their grandmother. The Perfect American Dream.

Why it’s worth it

For anyone who is interested in wine and appreciates the work of a good sommelier, it is an interesting read that also sheds light on the dark side of the wine business.

Even if the marketing of wine often seems sweet and close to nature: Not every winemaker is interested in the purity of his wine.

Wine buyers in restaurants often face enormous pressure from importers to buy wines they don’t actually approve of. And you realize that the American view of wine is a little different from the European view after all. 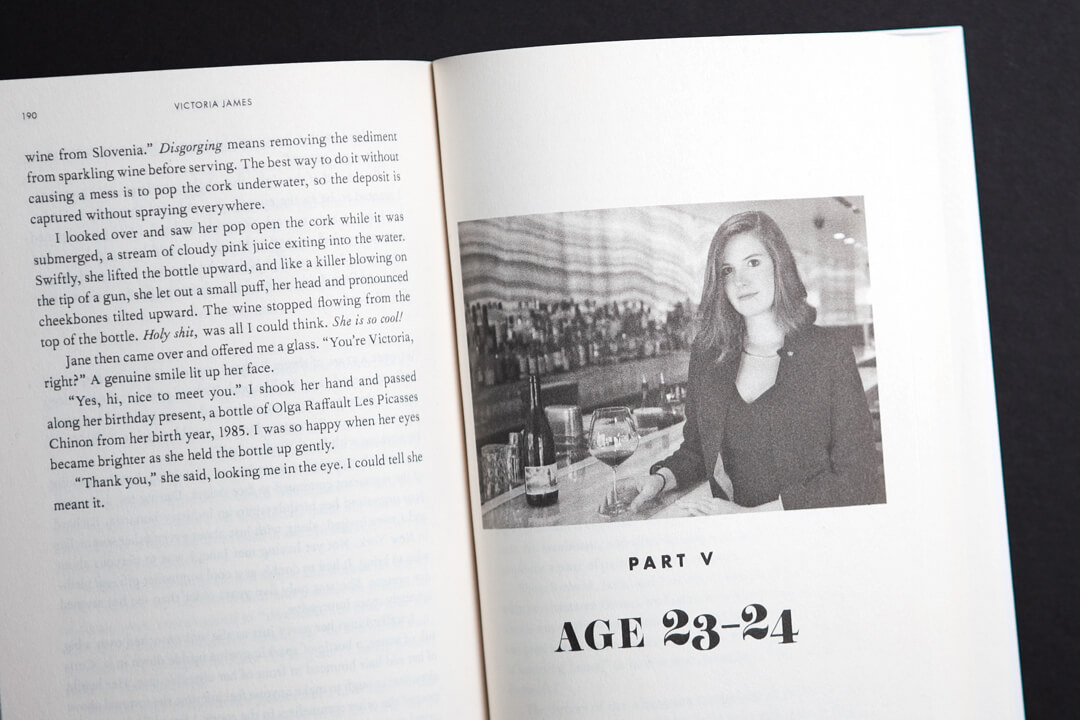 The book has increased our desire to learn even more about wine ourselves, because the sommeliers who recommend wines to us in the restaurant with great empathy and knowledge, which actually become an exciting journey of discovery in the restaurant, are rare.

We really appreciate good sommeliers. Watching the extremely likeable Cologne-born Marc Almert, who works as a sommelier for the Pavillon Restaurant at the Baur au Lac Hotel in Zurich, win the 2019 title of wins as “Best Sommelier in the World” of the Association de la Sommellerie Internationale, one can only be heartily pleased about so much wine knowledge, style and best dressed competition participants from all over the world,

As a result of the pandemic and acute staffing shortages in the restaurant industry, extreme work schedules, like those Victoria has experienced in recent years in New York, are becoming unrealistic. Both of these factors mean that the pressure on yields for top restaurants continues to increase, and when looking at the wine list, it is advisable to keep track of the current status of one’s own stock portfolio.

Jeremy King, founder of the well-known The Wolseley restaurant in London, is currently fearing being forced out of the restaurant group he founded, Corbin & King, by the Thai investment group Minor.

The Thai investors wanted to see higher cost reductions and expand the famous Wolseley (you won’t find a better Wiener Schnitzel anywhere in London) whose “old European” charm all guests succumb to (before and after Brexit), into an international chain restaurant.

Yet 68-year-old Jeremy King is a restaurant veteran. He has already made The Ivy, Le Caprice and J Sheekey the most sought-after restaurants in London before selling them for UK Pound 13 million to the former chairman of PizzaExpress

Wine is an extremely broad field and many passages in the book WINE GIRL reminded us that anyone who wants to become a sommelier or even reach the top of the vineyard, the Master of Wine, must acquire enormous knowledge about wine, sake and a number of other beverages. 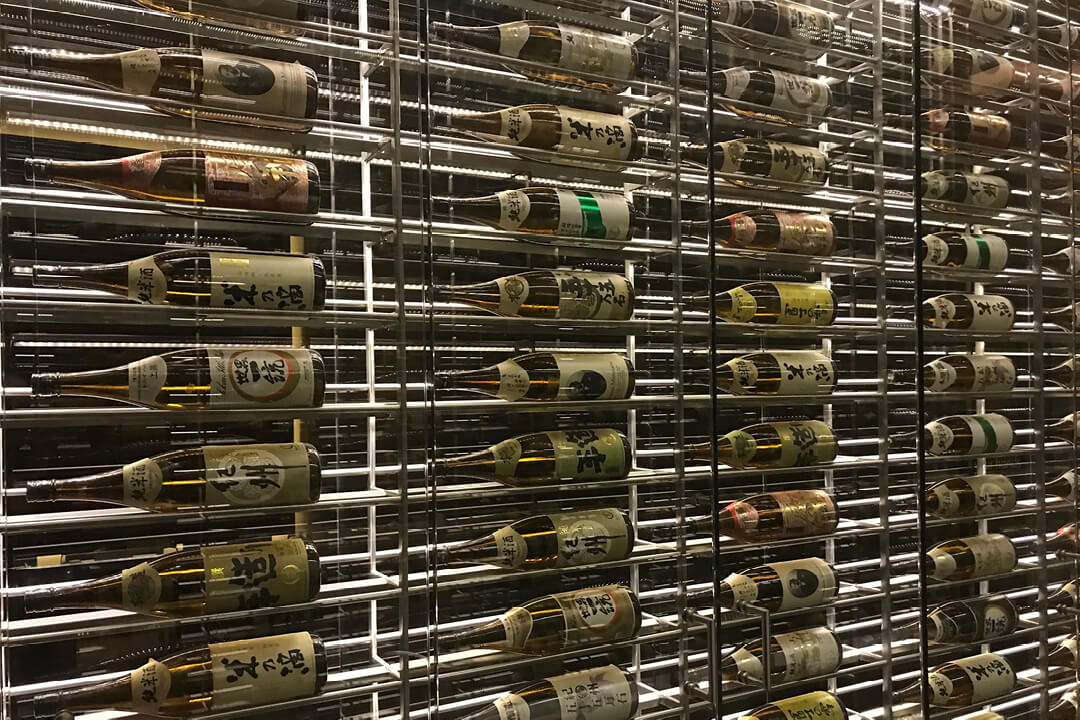 All hopeful aspirants know the experience described in the book of taking 12 sample glasses, which each student must bring himself, on the subway to the next blind tasting, and then washing the glasses in the hotel room or shared kitchen.

The examination of the world’s most demanding training on wine, the Master of Wine, offered by The Institute of Masters of Wine in London since 1953, is considered the pinnacle of the vineyard.

Nine out of ten examinees fail. At the moment, there are only 418 people in the world who are allowed to bear the prestigious title of Master of Wine.

We’ll start first with the famous sommelier task of dividing a magnum bottle of champagne among 16 champagne glasses. In the shortest possible time and with the exact same volume of champagne in the glass.

Then we devote ourselves to the wine almanac of German wines, which has only 619 pages, and at the next opportunity, worthy of celebration, we open a bottle of Chassagne-Montrachet.

Because quality instead of quantity is one of the most important criteria, especially for wine.