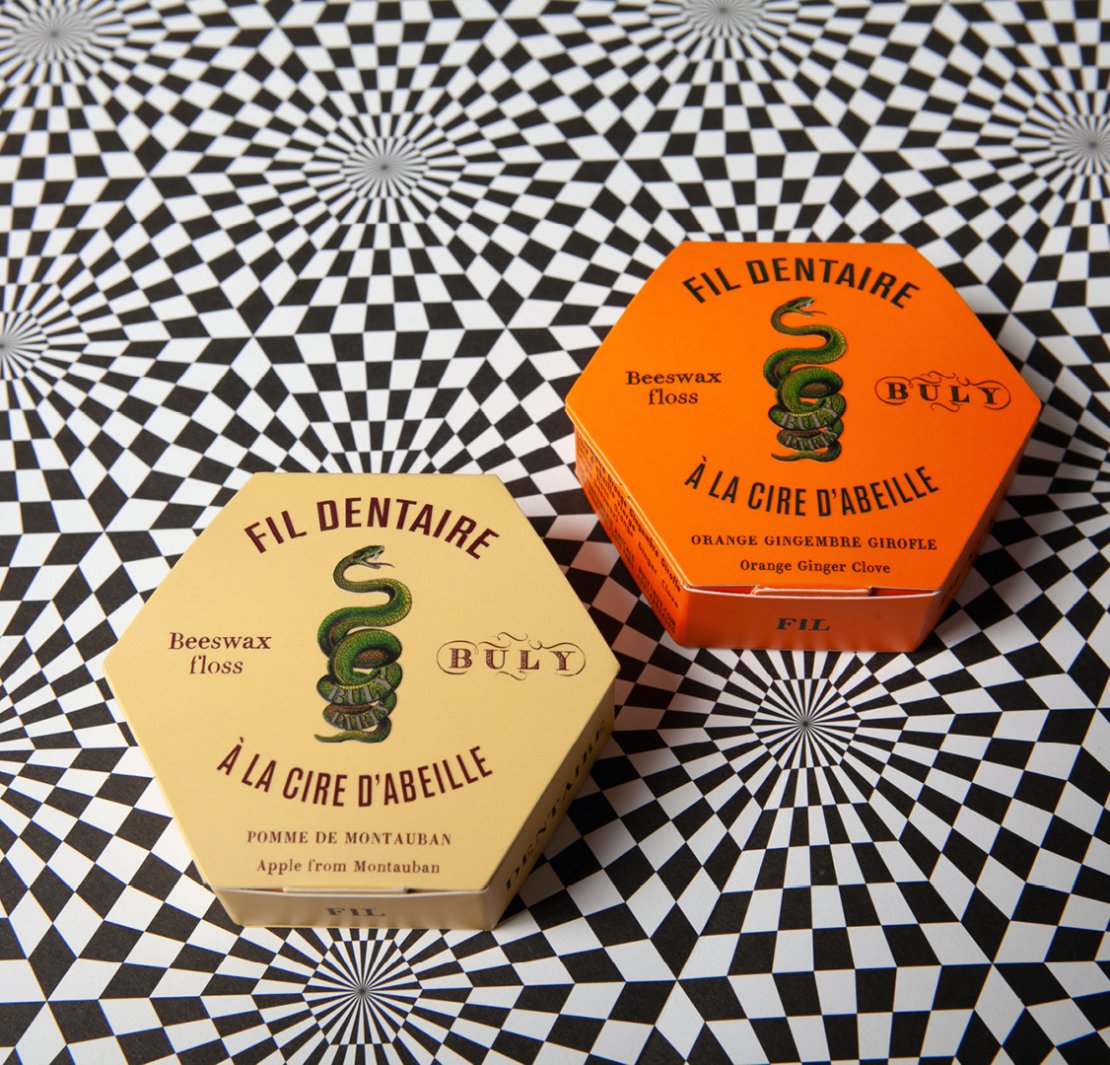 CLEANING THE TEETH WITH DENTAL FLOSS

Stylishly combine the useful with the beautiful

The dentist always reminds the importance of additional flossing in the spaces between the teeth. This dental floss from Paris is definitely more fun for the eyes and palate.

The American friend of GloriousMe, all with perfect teeth, consider daily “flossing” a natural part of their children’s education. No wonder: The idea of using a thin thread to clean the spaces between the teeth to reach the places where the toothbrush has to give up is traced back to a dentist from New Orleans who began recommending “flossing” to his patients in 1815.

The floss is coated with beeswax and is black in color, which you will appreciate when you first try it.

According to experts, even thorough cleaning with a toothbrush can only clean 70 – 80 percent of the tooth surface. For those areas that are not reached by the toothbrush and which resist even thorough rinsing, the use of dental floss is called for. Their use is still far more common in the United States of America than in Europe, for example.

The dentist from New Orleans has obviously done thorough work in his home country.

Out of sight out of mind

GloriousMe was immediately enthusiastic about this product, because we would never place the conventional products with their pragmatic medical-oriented packaging in sight in the bathroom. They are well stored in drawers and thus often do not fulfill their most important purpose. Because: Out of sight, out of mind.

The attractive packaging of the dental floss from the traditional drugstore Buly, on the other hand, adorns every bathroom and thus reminds you in the morning and in the evening to do something good for your teeth in addition to brushing them. And this product has another great advantage: no plastic was used in its manufacture.

Victoire de Taillac and Ramdane Touhami have breathed new life into the store founded in 1873 by Jean-Vincent Buly, which at the time proudly advertised “vinegar and toiletries” on its sign. With a precise sense of traditional cosmetics that meet modern demands, such as the absence of plastic, and its own aesthetics. Products such as soaps, matches and even dental floss can become gifts for friends who don’t want to sacrifice aesthetics even for pragmatic everyday products.

There are now stores not only in Paris, but also in Hong Kong, Kyoto and Seoul. Places where the tradition of aesthetics and cosmetic rituals have always been cultivated. Most of the stores have interiors reminiscent of a drugstore of the last centuries, creating a special shopping experience.

But since traveling is not so easy at the moment – Buly ‘s online store works just as flawlessly. It might take a little longer than with Amazon Prime, but you’ll get a feast for the eyes, and you’re sure to have the mundane floss in your drawer until the package from Paris arrives.