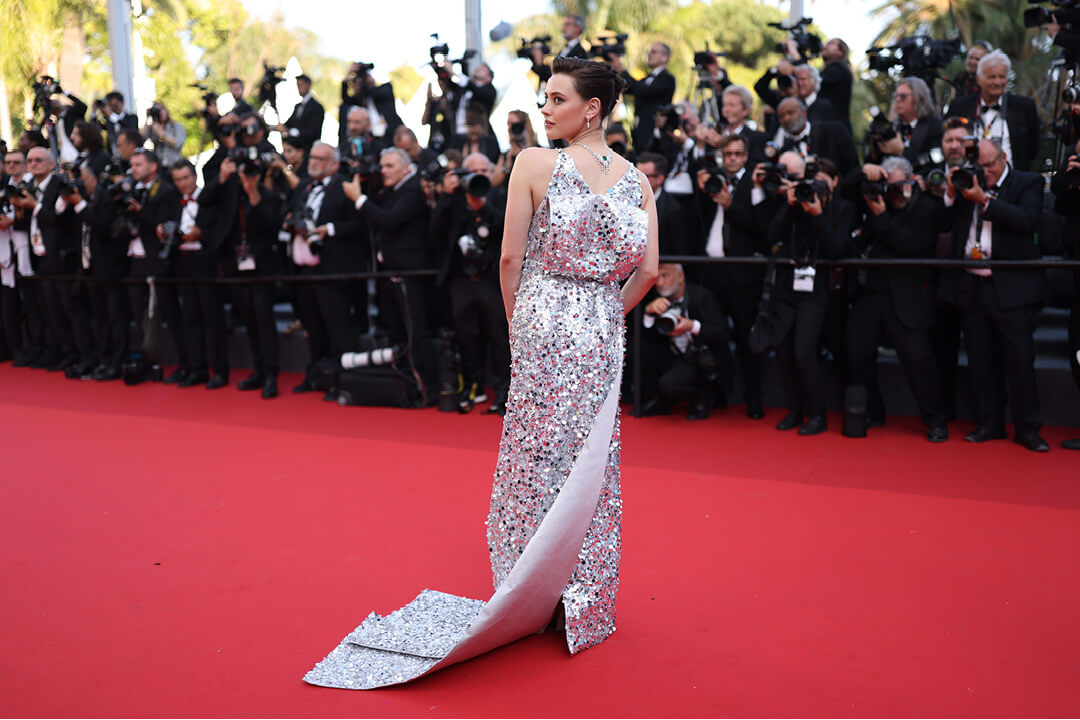 Is someone confusing film and reality here?

Are corporate leaders better actors or do they take the war on Ukraine seriously, unlike the film industry? Respect is shown at the World Economic Forum in Davos. There is a cultivated lack of interest at the Cannes Film Festival.

Do you also lounge around in the cinema?

GloriousMe loves movies and a good movie can be enjoyed in the cinema or at home ideally in a relaxed position. Yes, we like to lounge.

But we would never do this when the President of Ukraine, Volodymyr Selenskyj speaks by video message from his country, which has been resisting the attack from Russia with all its strength for months.

Those present at the opening of the Cannes Film Festival, although they knew that many cameras in the large hall would be focused on them, saw no reason to take a stance, at least outwardly.

Very relaxed, many were seen stretched out in their movie theater chairs, as if the speech were about an actor’s monologue in some unremarkable movie that you have to sit through in order to be able to speak along.

We watched the broadcast of Volodymyr Selenskyj’s speech and the numerous pans of the camera over the illustrious audience and were ashamed of it.

The arrogance of the premiere audience at the Cannes Film Festival

Have large parts of the audience, who follow every gala performance on social media, not yet realized that the war against Ukraine is not a movie but a bloody reality?

In live broadcasts of the Ukrainian president’s speeches to parliaments around the world, whether in Washington, London, or even low-key Tokyo, Ukraine’s courage and bravery receives standing ovations.

In Cannes, it took an interminable amount of time for individuals and then gradually the hall to rise. Some of the participants could literally see that they finally got up from the wide cinema seats without any conviction and probably rather with the thought of the reaction of their own PR agent in mind.

Sad but true: every morning Volodymyr Selenskyj receives the message how many children, women and men have fallen or have been seriously injured the day before and during the night.

His attempts to appeal to solidarity in the struggle for values such as freedom, which are otherwise so highly valued in the feature pages, and to ask for support are tireless, and just looking into his eyes shows how much strength this struggle takes.

Getting up from the cinema seat, on the other hand, seemed to demand great effort from many a visitor to the opening of the Cannes Film Festival.

In Davos they still show attitude

At the opening lecture of the World Economic Forum in Davos, politicians and businessmen were present and alert to pay respect and recognition to the Ukrainian president with posture and applause.

The founder of the World Economic Forum, Klaus Schwab, was proud to announce that 70 CEOs had already registered to participate in the “CEOs for Ukraine” event. A brilliant networking opportunity.

By the time four female parliamentarians of Ukraine, who also run major companies and organizations in Ukraine, took to the podium to speak about Ukraine’s resilience, the ranks had already thinned considerably.

One speaker had with her parts of original ammunition that she had found on the street in front of her house in Kiev and presented to the current head of the World Economic Summit afterwards.

It is obviously becoming more and more difficult to convey the horror of war to the respective auditorium.

The Klitschko brothers ‘ discussion in Davos was organized in a smaller room and attended mainly by representatives of NGOs. It was livestreamed and could be followed by anyone (still) interested in the war in Ukraine.

“What have I done for Ukraine today?”

Time is of the essence. This was clearly felt by all speakers from Ukraine. They all tried to stir up the audience with very vivid accounts from the war. Did they sense and know that otherwise they would probably not be heard?

Many people seem to have become accustomed to the images of destruction that were still startling at the beginning of the war.

The standard question from the presenters and from the audience was “Tell us, what can we do to help Ukraine?” She seemed almost helpless.

Volodymyr Selensky made it clear that with many of the big announcements the implementation is too long in coming and concluded with the appeal, each of the present would like to ask himself every evening the question, what have I done today for Ukraine.

A Ukrainian politician answered the question more directly: “We thank you for medicine and food, but if you don’t send us weapons, then you can keep sending medicine and food for a long time, and eventually you won’t need to send anything at all.”

Then there will be no more recipients for aid deliveries in Ukraine.

How big or small is your own world?

The premiere audience at the Cannes International Film Festival, which unquestionably considers itself avant-garde, seems to feel comfortable in its own little film world as long as international marketing rights are secured. 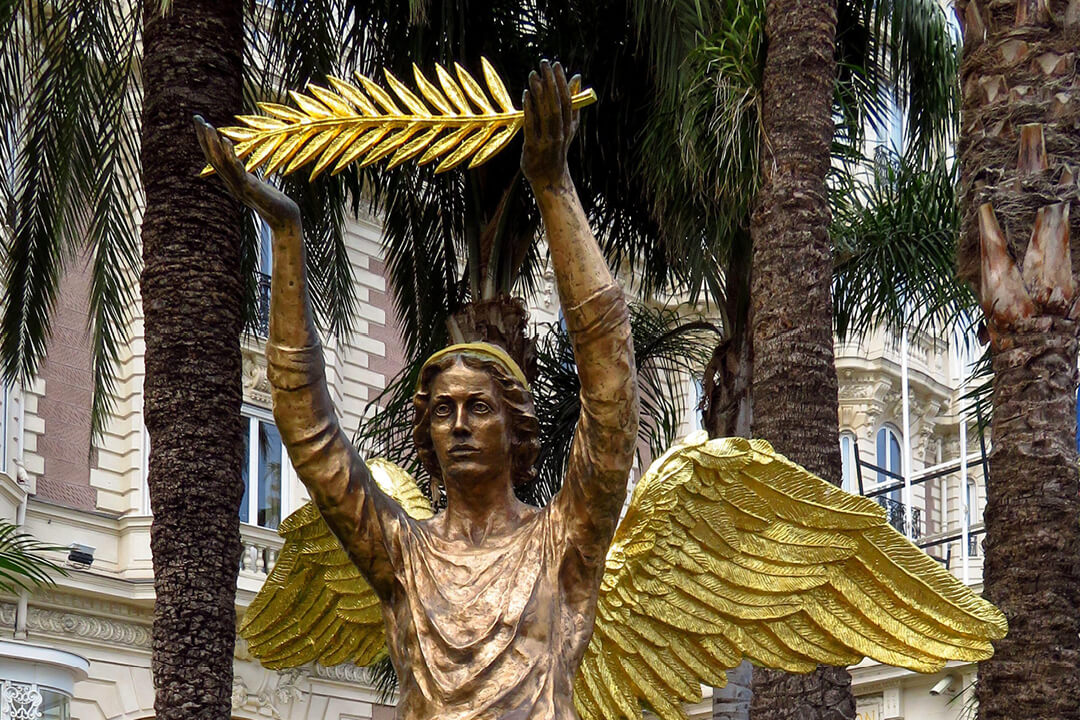 Business and economics, often scolded as heartless, showed the greater heart and understanding in Davos that the world is interconnected and freedom is at risk for all of us.

This is not meant to be a philippic against film festivals. There are also some very dedicated, mostly smaller film festivals. However, it seems to be enough for the renowned flagship on the Croissette to be a fairground for movies and a catwalk for high fashion.

The Blue and Yellow flags are increasingly rare to see in the streetscape and elsewhere. The vacation destinations that can be reached with the 9 EUR ticket in Germany now take up the front page of many a newspaper.

It seems that many have become accustomed to the war in Ukraine and no longer perceive the increasingly difficult situation there and the bitter struggle to fight against a huge superior force on two fronts, Russia and Belarus.

Warnings that Ukraine is trying to stop the Russian military before countries like Moldova, Poland or Romania suffer the same fate seem to be increasingly falling on deaf ears.

The people who continue to privately support the refugees in Ukraine, with housing, food, clothing and sympathy. Who help them to cope with the bureaucracy of many offices and who create jobs with private initiatives.

Our respect goes to them and so does our standing ovation. Every day.

The caravan must not move on

Service by the book, crippling bureaucracy, and lack of strategic thinking by politicians in some countries lead to heavy losses on Ukraine’s side.

It would be fatal for Ukraine if the caravan moves on and politicians lose interest in standing up for the country because other issues promise more camera time and headlines.

Therefore, we should not stop asking ourselves but also our politicians “What have you done for Ukraine today?”

ART AND WAR. THE ARSENAL IN VENICE