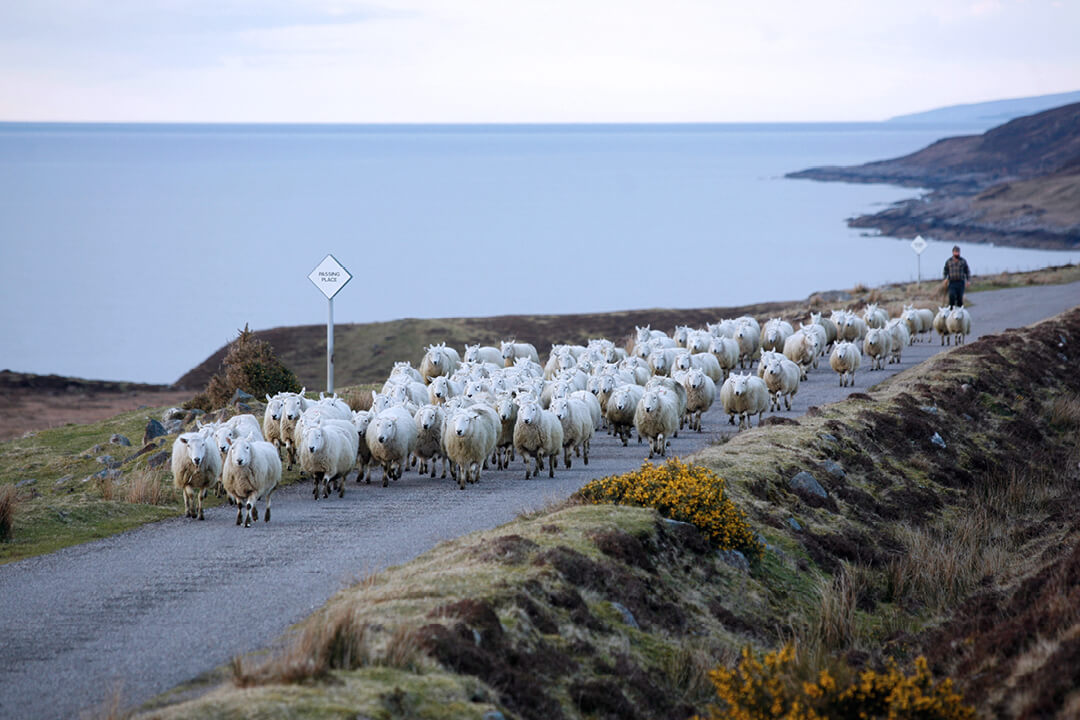 WHAT WE CAN LEARN FROM QUEEN ELIZABETH II

We talk about the climate crisis, but we have almost forgotten about wool

One thing is for sure: it’s getting colder this fall and winter. A good way to prepare for this is to look at the labels on all clothing items

Textiles produced from wool fibers have the invaluable advantage of being breathable and able to absorb moisture.

Because of these properties, which are due in part to the many tiny air bubbles in the structure of the fabric, garments made of wool permanently adjust to body heat, have a cooling effect in summer and warmth in cooler temperatures.

What works well for heli-skiing and marine use is also a good idea when sitting for hours at a time in a home office or office building, as room temperatures will undoubtedly drop.

Now quickly to better insulate the apartment or house is almost hopeless. The order books of all craftsmen are completely full. With garments, on the other hand, we (still) have the choice of using the insulating effect for our body heat.

When we think of wool, we usually think of wool fibers obtained from sheep. The term virgin wool means that the wool has been sheared from the animal, as compared to wool fibers that come from a recycling process.

The very light wool comes from Merino sheep, a special breed whose wool is particularly appreciated because it combines the warming properties of wool with lightness.

It’s easy to understand why the classic black-and-white striped sweaters worn by gondoliers in Venice are made of 100 percent Australian merino wool, making them comfortable to wear in the hot summer and November fog while working on the gondola.

Comes from the rabbit. Of course, good manufacturers pay attention to animal welfare, so you can continue reading with a clear conscience. Underwear made of angora wool is an excellent protection against the cold during cold winter nights spent outside. Also applies to ICE compartments where the heating has failed.

The extremely light, fine wool from the cashmere goat has its price, but due to its special properties it is a material that pays for itself. A cashmere sweater knows no season. A winter coat with a high cashmere content fits perfectly, warms and at the same time is almost as light as a feather.

Wool at a loss?

While we more or less passionately discuss the topic of wind energy or other renewable forms of energy and envy countries that are fine thanks to hydropower, wool leads a shadowy existence in textiles.

The share of wool fibers in the production of textiles has been declining worldwide for many years, and the slight overall increase in wool fiber production is due to the fact that more and more wool fibers are being used in the home textiles sector.

Also to the delight of firefighters, because home textiles made of wool fibers produce far less smoke and toxins in the event of a fire compared to synthetic fibers.

Wool is 100 percent recyclable and 100 percent biodegradable. We all know the videos showing mountains of plastic waste in the sea and the pictures of huge plastic dumps in poorer countries. We are rightly appalled and were happy to do without plastic straws.

What is not so well known, however, is the fact that every time we wash clothes made of synthetic fibers, plastic particles are washed out and end up in our waters.

For example, 89 milligrams of microplastics per kilogram are released into wastewater when fleece jackets are washed, which are often marketed with nature in the background. That adds up quickly. 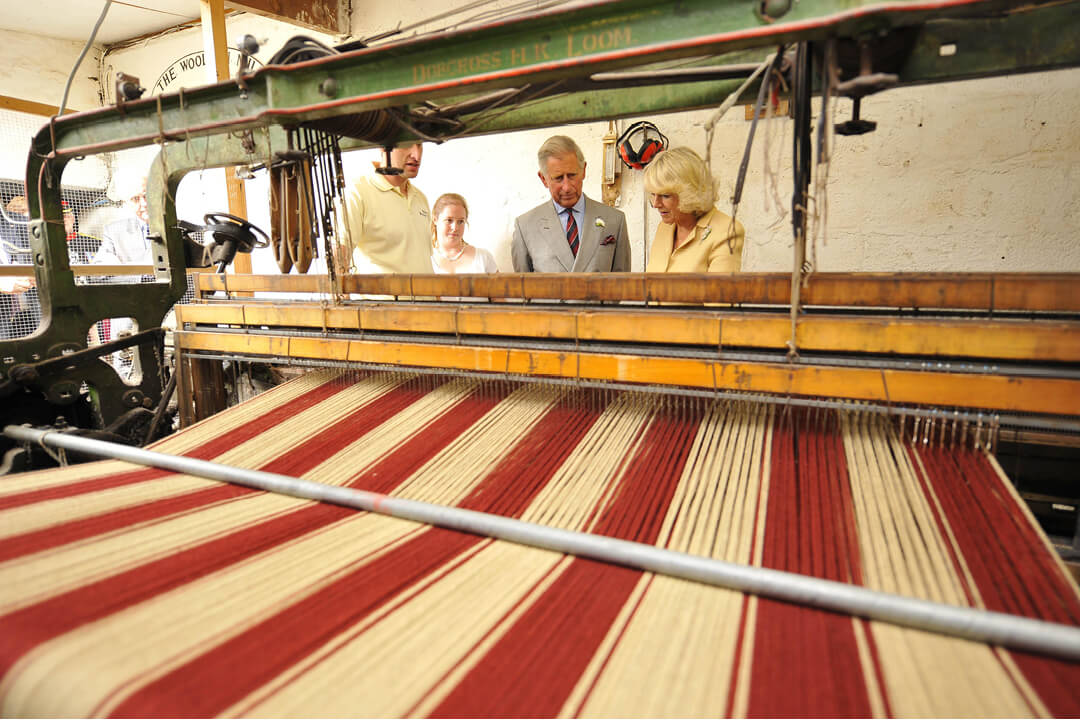 King Charles III launched the “100 Percent Wool Campaign” in England in 2010, working to raise awareness of wool as a natural fabric.

To demonstrate the biodegradation of wool compared to synthetic fibers, he buried two sweaters on his country estate on camera: One sweater that was made of one hundred percent wool fibers and one sweater made of synthetic fibers.

The woolen sweater decomposed after a relatively short time and had passed into the natural cycle, virtually recycling nature, while the plastic fibers will continue to pollute the soil of the royal garden for many decades.

If you want to learn more about the inspiring 100 percent wool campaign, you can find the interesting film “Why Wool matters” here.

During the COVID pandemic, the price of sheep wool dropped so radically that the diesel fuel to transport the wool to the nearest depot would have cost more than the sheep farmers could have obtained as a selling price for the wool and thus as a reward for their hard work.

In the English kingdom, therefore, some sheep farmers began to burn the shorn wool or use it as organic compost.

The news about it hit home, because England’s former wealth was also due to the trade and processing of wool.

Unimaginable in the Bundestag

The Speaker of the House of Lords in the English Parliament still takes his seat on the traditional woolen sack at every session. The wool sack is a large bale of cloth covered with red fabric, which contains wool from the countries of the Commonwealth.

The tradition of the Woolsack dates back to Edward III and the time when the wool trade was one of the most important sources of income for Queen Elizabeth II ‘s homeland. 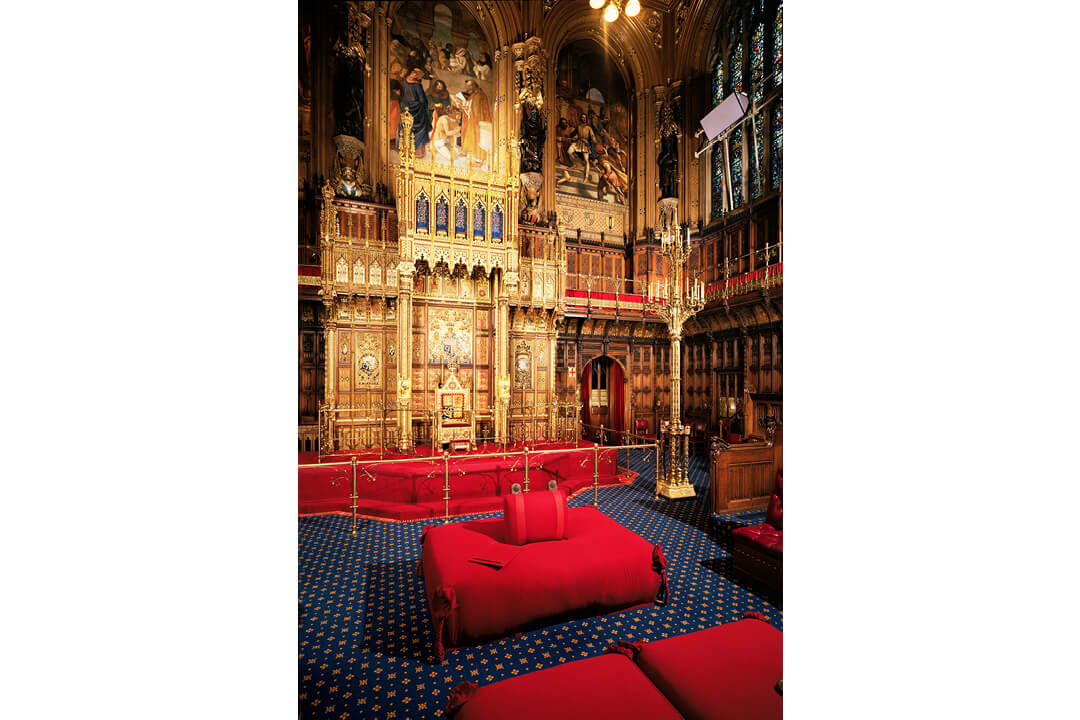 The search for wool

Textiles made of wool are the most pleasant way to survive the temperatures of the cold season. And compared to many other bills that await us, a cheap way too.

However, in the normal textile trade, you now have to look for clothes made of wool.

Despite all the eco-balance arguments – from the use of fossil fuels in the manufacturing process, the use of toxic chemicals, the use of high quantities of water, the low dimensional stability, to plastic leaching and the further growth of huge pastiche landfills – the argument of price dominates in the widespread textile trade.

The production of textiles from synthetic fibers is far more cost-effective and enables fast fashion offers at a ridiculous price.

A glance at the labels in the vast majority of stores makes it clear: plastic and elastics wherever the eye looks. In fantastic colors and sometimes quite fluffy to touch, they are only interesting at first glance. At second glance, they represent an ecological disaster that will make you freeze in the winter.

Even cotton, which at first glance seems somewhat more innocent, is a natural fiber but one that consumes a lot of water and unfortunately is often still grown with enormous use of pesticides and herbicides. When processed as a smooth woven fabric, it does not help through the winter because in this form it cools instead of warming.

Fine rib and double rib sounds like underwear from a bygone era, but it currently makes a lot of sense again and is therefore also being reissued in larger quantities.

The weave structures of fine rib and double rib provides space for air between the respective ribs of the pattern. The air circulation helps to retain body heat and thus keep the sensitive back warm in winter, for example.

Slow fashion instead of fast fashion for the coming cold days

Invest in the highest percentage of wool you can find. Wool garments like to be aired and lightly brushed before disappearing back into the closet. They need to be cleaned far less often than garments made of synthetic fibers.

The higher price pays for itself in the comfort of wearing these garments, which keep their shape for many years. The thought of not having contributed to the further growth of plastic landfills and plastic in the oceans with the garments pays off from day one.

According to a study by the International Union of Conversation of Nature, 35 percent of microplastics in the world’s oceans come from synthetic textile fibers.

Attentive observers of the memorial service in Scotland in honor of Her Majesty Elizabeth II will have noticed the fine woolen fabric worn by many secular and ecclesiastical representatives for the occasion.

The excellent fabric quality was easily seen in the BBC’s camera images. You will immediately see the quality in your jacket, dress, jacket, socks, hat or vest and you will feel it.

Nearly all surveys conducted in recent months show that many people plan to cut back on spending on clothing in the coming months. Understandable and comprehensible. However, saving on fiber quality would be counterproductive. Rather fewer parts, but but 100 percent wool. 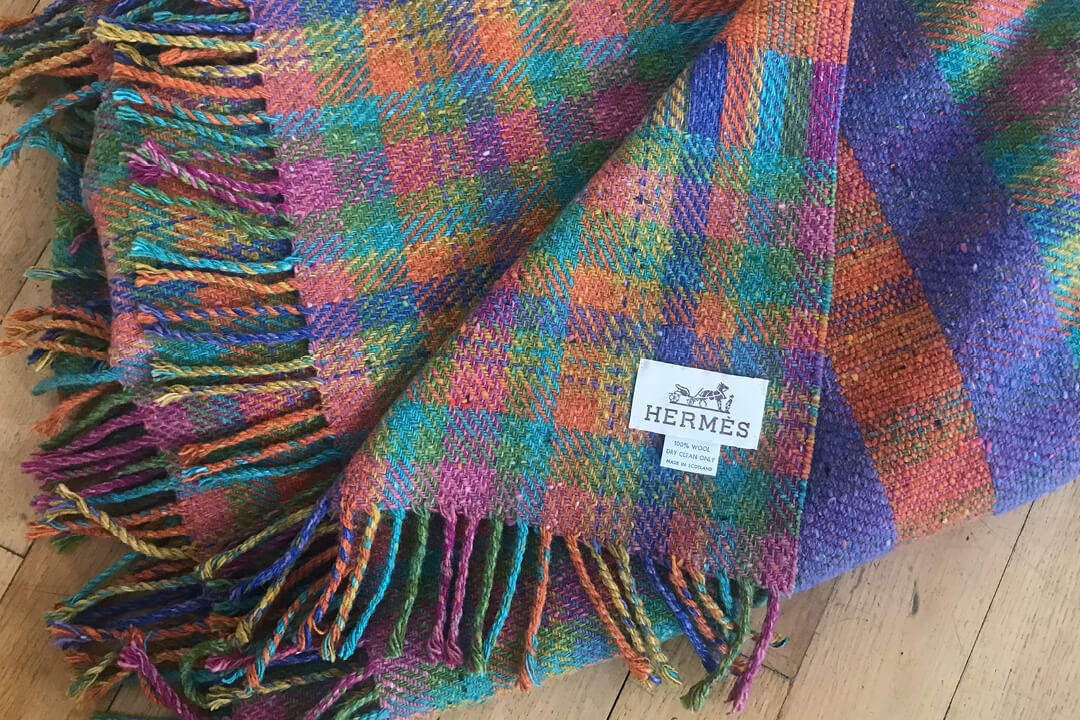 For the many lovers of foreign countries among our readers, we have another visual highlight at the end of our plea for wool fabrics: ARTE TV produces the excellent series FEINE STOFFE, FERNE LÄNDER.

As part of this series, you can learn about the production of textiles from yak wool in a small production company in Tibet. The cool temperatures and icy winds of the high plateaus of Tibet are well tolerated by the yak animals living there in winter with soft undercoat.

This underhair is no longer needed in May and can be used for spinning wool yarns. You will enjoy the wonderful film produced by ARTE about the company NORLHA and, in view of the work that goes into the textiles made of yak wool, you will subsequently give fast fashion as wide a berth as possible.

If after enjoying the film you would like to treat yourself or others with a scarf, vest or friends with a gift certificate for the products from Tibet, you can find the company NORLHA under the following link.

You can order the products there online. In Europe, only Selfridges in London carries NORLHA products so far.

In Japan, the country where excellent fabric qualities are appreciated and which is itself one of the most important importers of wool, there are already 12 retailers offering Norlha garments to their demanding Japanese clientele.