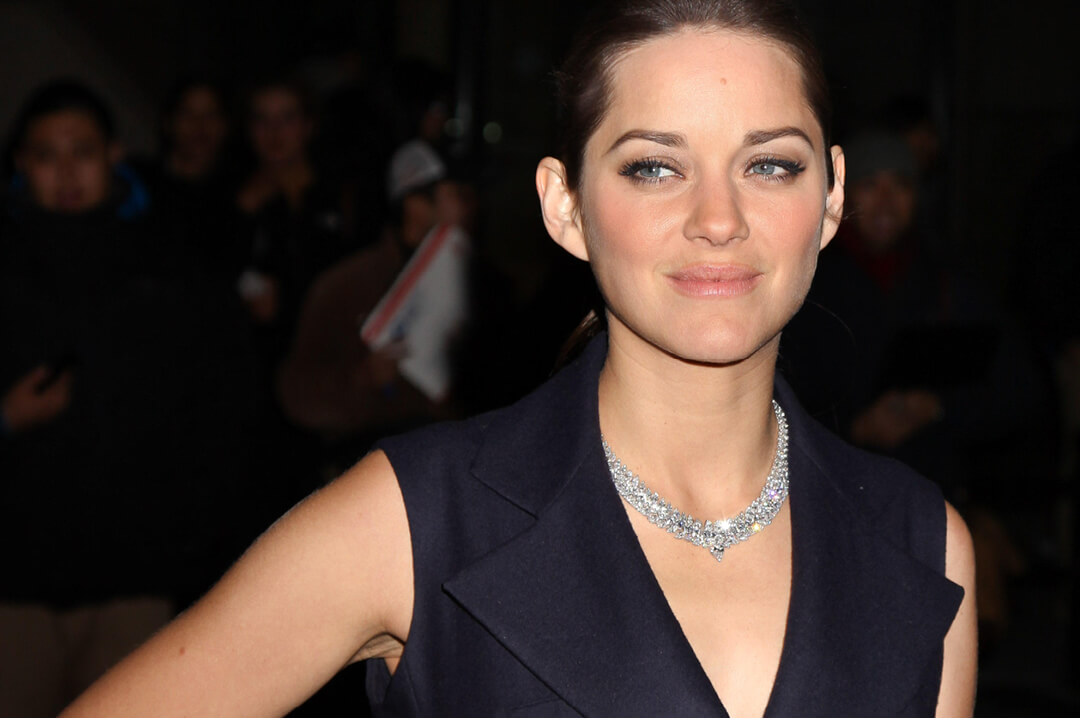 Perfect fit when working and in the evening

Leaving the vest to just a very formal dress code would be too bad. In summer, the vest solo shows its quality as an independent garment

The red carpet is prepared at the Cannes, Berlin, Locarno and Venice film festivals when French actress Marion Cotillard (cover Marion Cotillard visit to IFP 22, NYC 2012 © Miro Vrlik Photography / Alamy Stock Photo) arrives. The photographers are already waiting at the landing. The look with which she made it from the airfield in Nice to all the fashion magazines: black vest, black jeans, black patent birch canes and cool sunglasses.

The vest, the English vest or the French gillet, make a good figure not only in the classic men’s look. When no client meeting requires a formal dress code, the solo vest is a good friend in the office.

During the day, the vest looks dressed, in the evening, without blouse or T-shirt, but combined with evening shoes, it becomes a stylish outfit for the drink at the bar.

Vests for men and women are currently represented in many designer collections. The mostly body-hugging fit keeps the outfit smartly together and, compared to the classic jacket, can make it look more modern.

The tie is now in many companies from the must become a can. However, the tie-less appearance requires a shirt cut suitable for it to look good. A vest is also a good idea here, still in good condition shirts without a tie, stylish to put on.

Depending on the combination, the vest radiates work, you involuntarily think of the expression “roll up your sleeves”. Stars like Jade Jagger, Charlotte Rampling and Kate Moss alike have always used the vest for cool glamour.

To the wedding feast or on the coach’s bench

If you don’t feel like adding another nice summer dress to the round of other wedding guests, a summer suit with a vest can be a fashionable alternative. An interesting color will protect you from being asked for a martini cocktail by less fashion-conscious guests.

A vest suits both men and women. 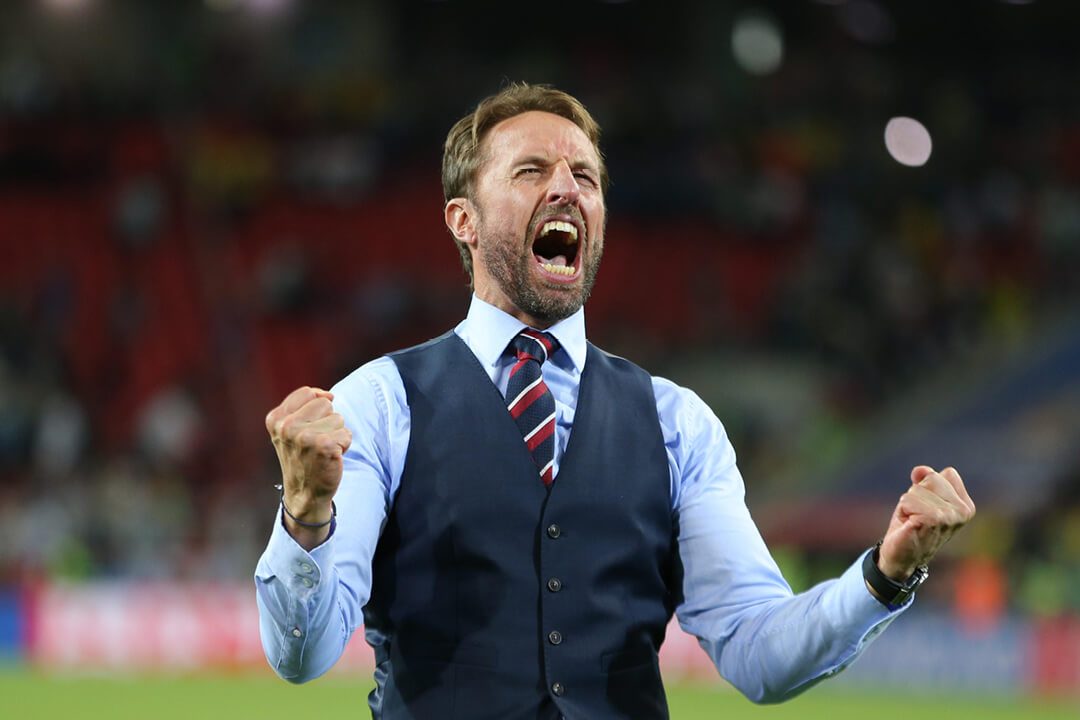 This excited many soccer fans. Marks & Spencer, the official supplier of the England national soccer team, referred to the “Gareth Southgate effect” when sales of vests suddenly increased by 35 percent during the World Cup period.

England failed to win the World Cup in 2018, but when it comes to formal wear, the British are always sure to take the top spot.

For example, a white vest, preferably made of a pique fabric is in order when the dress code calls for “white tie.” White Tie is common at a state banquet with members of the British royal family, a special ball or festive gala dinner, such as the dinner honoring Nobel Prize winners in Stockholm. 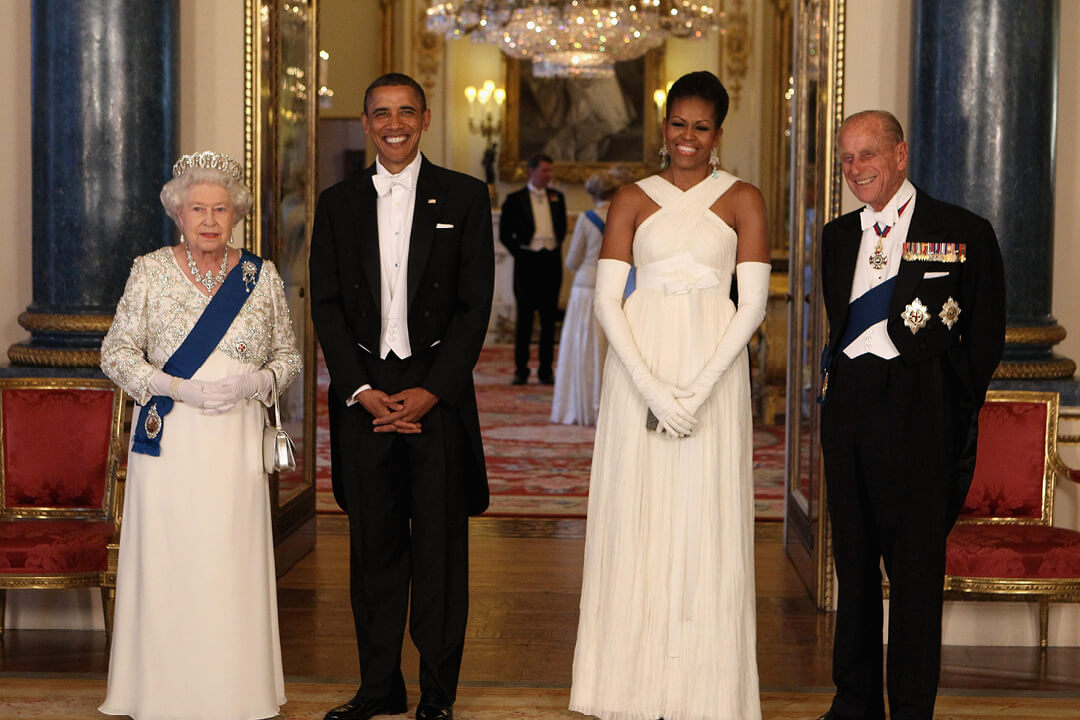 This very elegant evening dress for the gentleman requires, in addition to the white vest, a white bow tie and a white pocket square. Patent leather shoes, cufflinks, shirt buttons and long socks made of noble material complete the black tailcoat.

The elegant white vests are relatively low-cut and allow a glimpse of the shirt. This smooth flowing vest style is a sure eye-catcher for ladies too. However, on a different occasion, because if the dress code is white tie, a long evening gown is desired for ladies.

A black vest or a vest in pastel shades is worn by man when Morning Suit, another very formal formal suit is requested on the invitation, for example at a royal wedding.

The vest, which is combined with this on a rather cheerful occasion, is preferably in a light pastel shade, preferably cream, light gray or light blue.

The Royal Enclosure gives the strictest dress code, the other three areas are not quite as formal. The Windsor Enclosure doesn’t even allow for a tie – just Bermudas shouldn’t be. 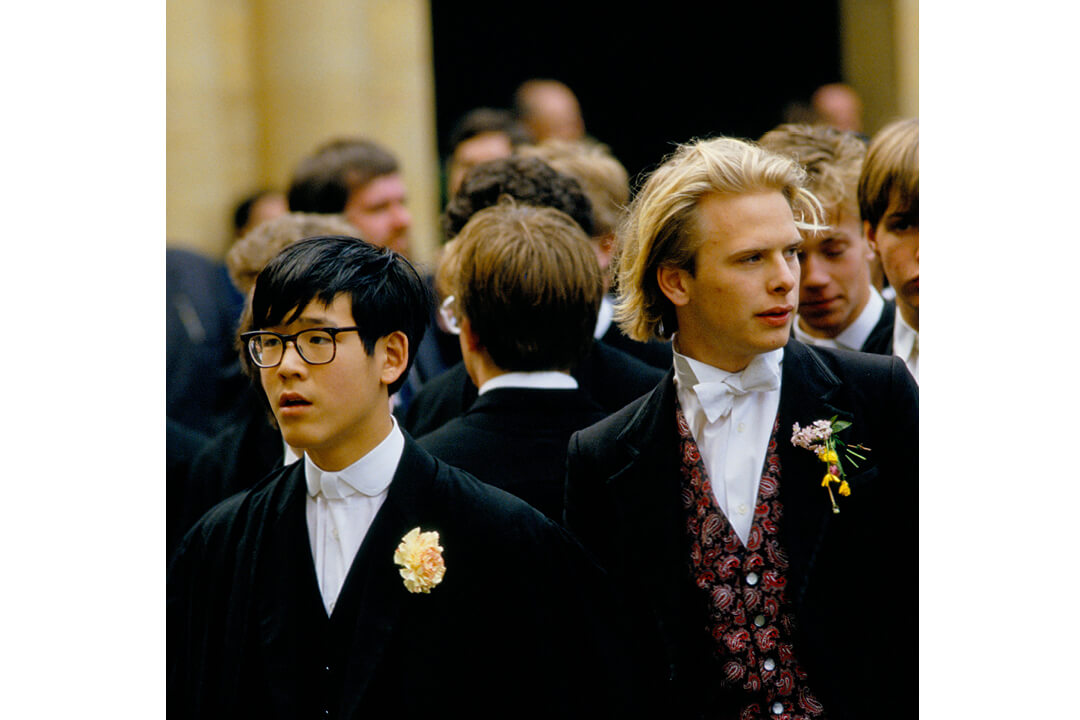 In the English elite college Eton, all colors and materials are permitted for the vests, such as flag colors, reworked old silk curtains or other fancy patterns – provided you are a member of the exclusive Eton Club “The Eton Society, or Pop for short. These included, for example, Prince William and Boris Johnson during their time at Eton. It is said that David Cameron would have loved to be Pop, but was not included.

At all festivities at Eton, the Pops are instantly recognizable by their colorful, fancy vests, while a plain black vest is provided for all other college students.

Thunderclouds in the sky

A poetic description of a blackened sky just before a thunderstorm is the Scottish phrase “It’s as black as the earl of hell’s waistcoat.”

When temperatures are cool, whether due to overly set air conditioning in the summer or lower heating temperatures in the coming winter, a vest is always a fine thing.

For those who freeze easily, a warming vest made of Scottish tweed is recommended, which can be combined with many things and often even bequeathed: Circular Economy at its best and a good reason to pay Glasgow another visit.

SET YOUR ALARM CLOCK FOR THE SUN