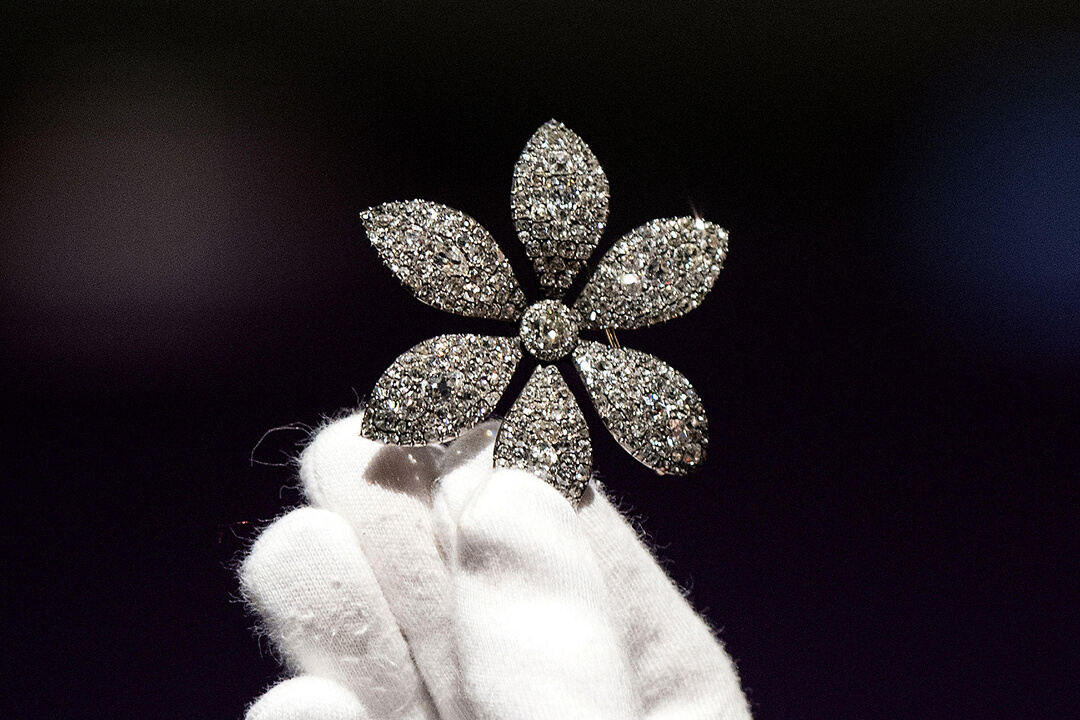 Quieter, louder and sometimes more effective than words can be – brooches.

The Chairwoman of the Central Bank of Russia

With symbols such as a hawk or a rain cloud, it signals the central bank’s sentiments on interest rate and inflation developments.

On Monday, February 28, 2022, as the camera panned over Elvira Nabiullina, who sat ashen-faced at the end of the now-famous oversized table at the head of which Vladimir Putin gives his orders, the camera image could not make out a brooch on the all-black clothing of the central bank chief.

The day before, massive sanctions had been announced by the European Alliance as a protest against the war in Ukraine, and the ruble was in free fall as a result, losing 28 percent of its value from the previous day.

For professional observers of central bank decisions such as the Financial Times and many economists and analysts, the absence of the pin was an equally telling sign.

On this day, only black was to be seen, this development obviously could no longer be expressed in jewelry form.

Shine in a dark world

May 8, 1945 marks the official end of World War II. The unconditional surrender of the German Wehrmacht, signed the day before by the Allied forces in Rheims, was signed in Berlin on May 8, 1945, in today’s German-Russian Museum, countersigned.

The war was over.

In England, the day is celebrated as VE Day. The abbreviation VE stands for Victory in Europe. Numerous public and private events traditionally take place in England on this day.

In 2020, the 75th anniversary year of VE Day, in the midst of the COVID lockdown, only cameras and screen remained for communication.

Her Majesty the Queen paid tribute to VE Day with a televised address in which she recalled in many places her father King George VI and his radio address on the first VE Day. 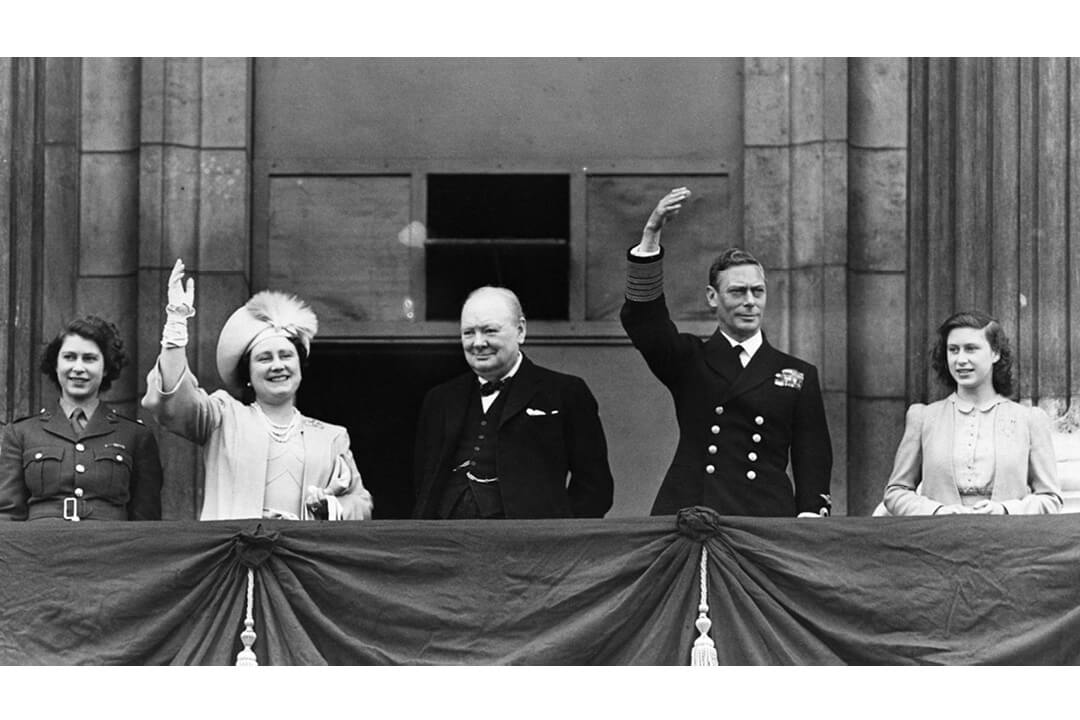 She also described the jubilation on VE Day 1945 when she, along with her parents, her sister Margaret, and then British Prime Minister Winston Churchill, looked out from a balcony of Buckingham Palace into a huge crowd of people who were immensely relieved that the horror of World War II had come to an end.

For the televised address, Her Majesty the Queen wore a glittering brooch ensemble: Art Deco-style brooches set with aquamarines and diamonds that she had been given by her father, King George VI for her 18th birthday in wartime 1944.

The radiant glow of these brooches set a hopeful sign, then as now, that freedom had ultimately prevailed over dictatorship in Europe.

The sparkling brooches at the same time brought elegance to the homes of the kingdom, at a time when we still thought Corona was the worst thing that could happen to us.

The core message of her speech: “Never give up,” even in World War II “the outlook was bleak and the outcome uncertain.”

Renaissance of the effective accessory

For many years brooches led a shadowy existence and were reserved for older elegant ladies who never left the house without a brooch on important occasions.

The versatile usability speaks for the brooch: a casual jeans jacket is ennobled by an elegant brooch, a simple elegant dress gets an interesting touch with a brooch….

In the current jewelry collections you can see a comeback of this accessory: The design often loud and self-confident. Statement.

On the stage of world politics

For Madeleine Albright, the former U.S. Secretary of State, her numerous brooches have become a trademark on the diplomatic stage. Born in the Czech Republic, she had fled with her parents as a child, first from the National Socialists and then from the Communists to the USA.

In her function as Secretary of State and advisor to the respective President with regard to U.S. strategy, the detailed analysis of the respective historical context was always important to her in difficult foreign policy situations, of which she had experienced quite a number (Iran, Iraq, Russia, Middle East to name just a few settings).

“Good versus evil is no strategy”

is one of their maxims. 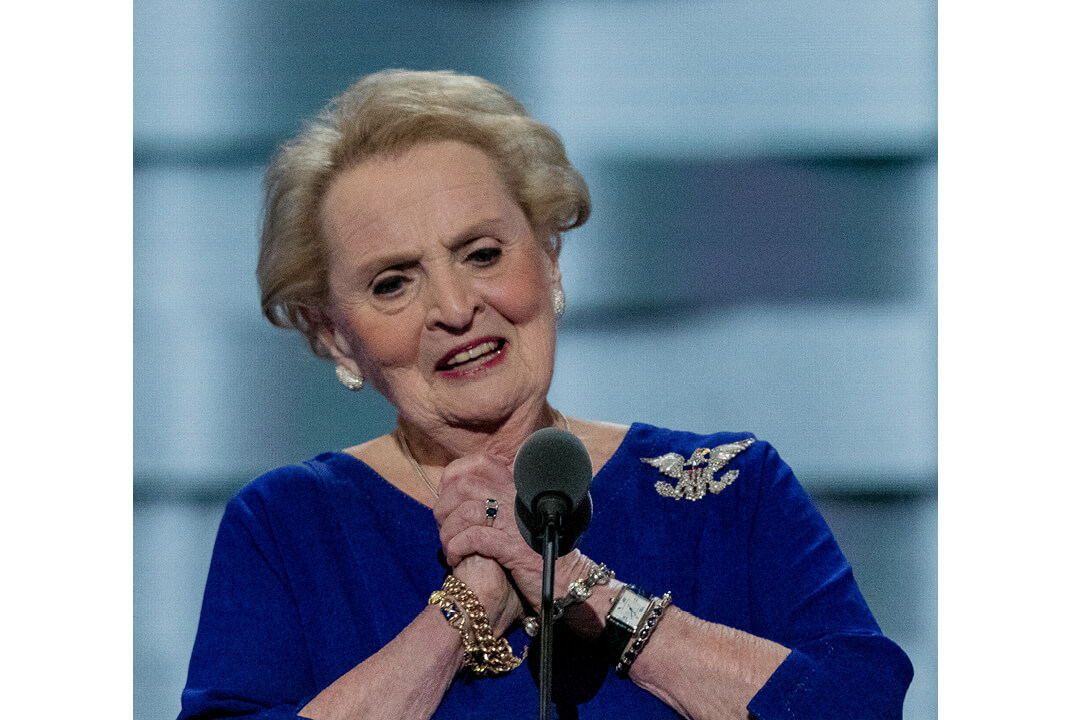 With her brooches, she cleverly created a point of contact to break the ice before moving on to the pressing issues of world politics with dictators or other powerful men.

She describes in her memoir that more often than some outsiders think, a difficult conversation actually starts with small talk about the current weather or a compliment about the other person’s tie.

In some situations, Madeleine Albright said, one cannot get by with the language of diplomacy, but must find clear, unambiguous words.

The latter, however, she had to learn, are reserved for the respective president.

See nothing, hear nothing, say nothing

When Madeleine Albright met with Vladimir Putin for talks at the time of the war in Chechnya, which saw numerous atrocities, along with then U.S. President Bill Clinton, she wore a brooch featuring the famous three monkeys that “see nothing, hear nothing and say nothing.”

A symbol that goes back to a Japanese proverb and signals dealing with evil.

In her book “Read my Pins” she describes that Vladimir Putin once remarked to President Clinton that he knew, with one look at their respective brooches, how the subsequent meeting would probably go. In this case, he addressed her directly about what the monkeys were supposed to mean.

When she replied that she meant to describe Russia’s stance on the Chechen war, the backlash from Vladimir Putin was fierce and her boss, then U.S. President Clinton reacted angrily because he felt her response would have been presumptuous and would have made it harder to start negotiations.

When Madeleine Albright, a few years ago, was asked what brooch she would wear today to a meeting with Vladimir Putin, her answer was, “I would wear a brooch that depicted the American flag as large as possible, thus expressing the greatness of American values and the power of the United States of America.