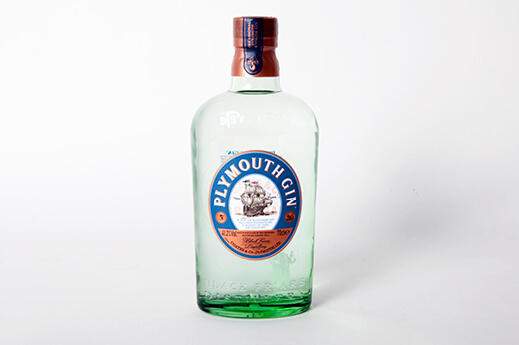 The perfect variation:
The White Negroni

Count Camillo Negroni first ordered this drink at the Café Casoni Bar in Florence in 1919, which was later named after him and is popular as a classic drink not only in Italy. However, few like the bitterness of this drink. The White Negroni is an interesting alternative. Since it omits the Campari, it is less bitter, but has just as much flavor.

Accompanied by a twisted strip of lemon peel.

The choice of gin is important to find the ideal balance with the Suze (a bitter-sweet gentian liqueur from France) and the Lillet Blanc (an orange liqueur originating in Bordeaux and made from different oranges and, in the case of Lillet Blanc, from wines of the Semillon grape).

Which gin is good for this?

A number of gin brands feature so many distinct and strong flavors that pairing them with the two liquors becomes flavor nirvana. Wayne Collins, who developed the drink specifically for a promotion of Plymouth Gin.

Plymouth Gin has been produced in the traditional southern English port city of Plymouth since 1793. It was from here that the Pilgrim Fathers sailed to the New World on the Mayflower, and an illustration of the Mayflower can be seen on the label of the Plymouth Gin bottle.

Plymouth was the hometown of Sir Francis Drake, who first sailed around the world in a single expedition and, during his time as mayor of Plymouth, decreed that the soft water of Dartmoor be piped into the city of Plymouth. This water, along with six botanicals, is still the basis of Plymouth Gin today.

The monk on the bottle

At the time of its creation, there were a number of distilleries in Plymouth. Today one of them remains, whose building has parts of a Dominican monastery from the 15th century. The Dominicans believed in the healing properties of the juniper berry in combination with alcohol.

The image of a Dominican monk is therefore still found today at the bottom of each Plymouth Gin bottle as a reminder. Once this rears its head again over the gin, it’s time to buy a new bottle.