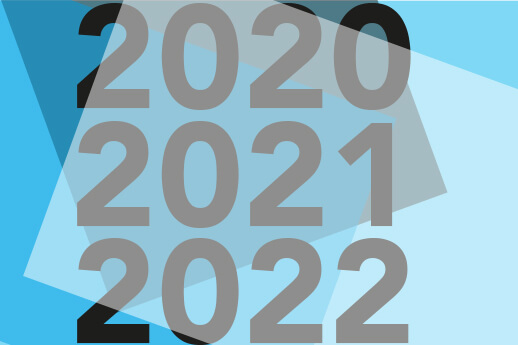 The words that Rainer Maria Rilke wrote to his wife Clara on the first day of the new year in 1907 take the new year seriously. He speaks realistically and optimistically at the same time about the coming year.

And indeed, the new calendar can be a start to open new doors and begin changes.

7 tips: How to get off to a fresh start

Anyone planning a move knows the sequence: before moving into new rooms where a new time begins, the old rooms must first be completed: Sorting out, emptying, cleaning spick and span.

The same routine is recommended for making new plans: close out the old year and clear it out. No matter if old magazines or books are given away or sold or if various electronic folders have to be deleted.

The emptier the rooms, the easier and clearer it is to see what is really important.

This also applies to subscriptions. January is a good month here too to comb through what is actually being used and cancel subscriptions that only result in a debit to the account.

All this takes time. New Year’s Eve is therefore the worst possible moment for most people to formulate new goals:

Christmas takes a lot of energy, the time between the years is ideal for time out and to pamper the soul. Then the rockets are darting through the sky again and are extinguished again right after that.

Therefore, if you have not yet formulated your new goals in mid-January, you are on the right track. The result of radically cleaning up is liberating, but it takes time.

2 A must never gets you anywhere

An experienced doctor gave us the following recommendation:

Sage advice. Just using the word“can” instead of “must” in your own language makes a difference.

The Japanese monk Shoukei Matsumoto puts it aptly in his small book “A Monk’s Guide to a Clean House and Mind,” which is well worth reading:

“If you look at tidying and cleaning as a joy, it’s the ideal way to become clearer, more carefree, and perhaps a little happier.”

3 Those who write stick to their goals

Out of sight out of mind. Therefore, it is helpful to put the good resolutions in writing and look at them again and again. Not after 12 months, but better at the end of each week.

In this way, resolutions are remembered and what is important is not buried by what is current. How quickly a year passes.

This is where paper beats electronic, because resolutions are more than a to do list.

We just found, while radically cleaning up, a piece of paper with three goals we formulated 16 years ago during a yoga retreat in Sicily. The implementation rate: 1 out of 3. We are still working on the other two goals.

Who knows if we would have ever revisited that memory even on an external hard drive or in the cloud.

A new notebook and a fresh blank page, a new pen. The best thing about starting school after the big vacations.

One reader told us that his New Year’s resolution was to improve his writing, for easier reading of his own notes and personal messages such as letters or thank you cards. A beautiful resolution.

It helps to surround yourself with people who are already doing exactly what you plan to do: The likelihood of actually tackling previously neglected topics, repeating them many times and thus making them cherished activities is many times higher.

Canceling on a buddie to run together is much harder than leaving a workout app unopened.

Libby Delana decided in 2011 to set out every morning for a walk around her New England neighborhood. Whether it was raining, storming or a mild, warm morning. Always the same route, always at the same time.

Initially, she took it upon herself to follow this routine for 30 days. Ten years later, the sum of her walks reached the distance of one circumnavigation of the earth.

It can be a walk, it doesn’t have to be an Iron Man. Continuity of repetition is critical if anything is to change.

A reward makes it easier to achieve the goal.

Imagine the feeling when you have put your resolutions into action, similar to a top athlete who sees himself winning.

If you actually do not like the fitness bike and ordered only out of desperation: Watch your favorite show while cycling.

Imagining wearing a favorite piece of clothing again in a loose, casual way to a nice occasion can help with goals.

Perhaps you have discovered a treasure in your closet that you once bought cheaply at a sale, but which is still one size too small.

Being a little kinder to yourself or giving up old goals can also be a good resolution.

A number of experts who analyze whether good intentions have actually led to change point out that timing does matter. The beginning of a new year can be a good moment. The experience of the pandemic years as well.

Every Friday is also a good time to look gratefully at the past week and reflect on what resolution, small or large, is still waiting to take the first step.

The GloriousMe newsletter on Thursday afternoon may be a reminder and inspiration.

Whatever you decide to do, we wish you all the best for it and look forward to the new year with you.

YOU SHOULD BE ABLE TO PLAY THE PIANO…